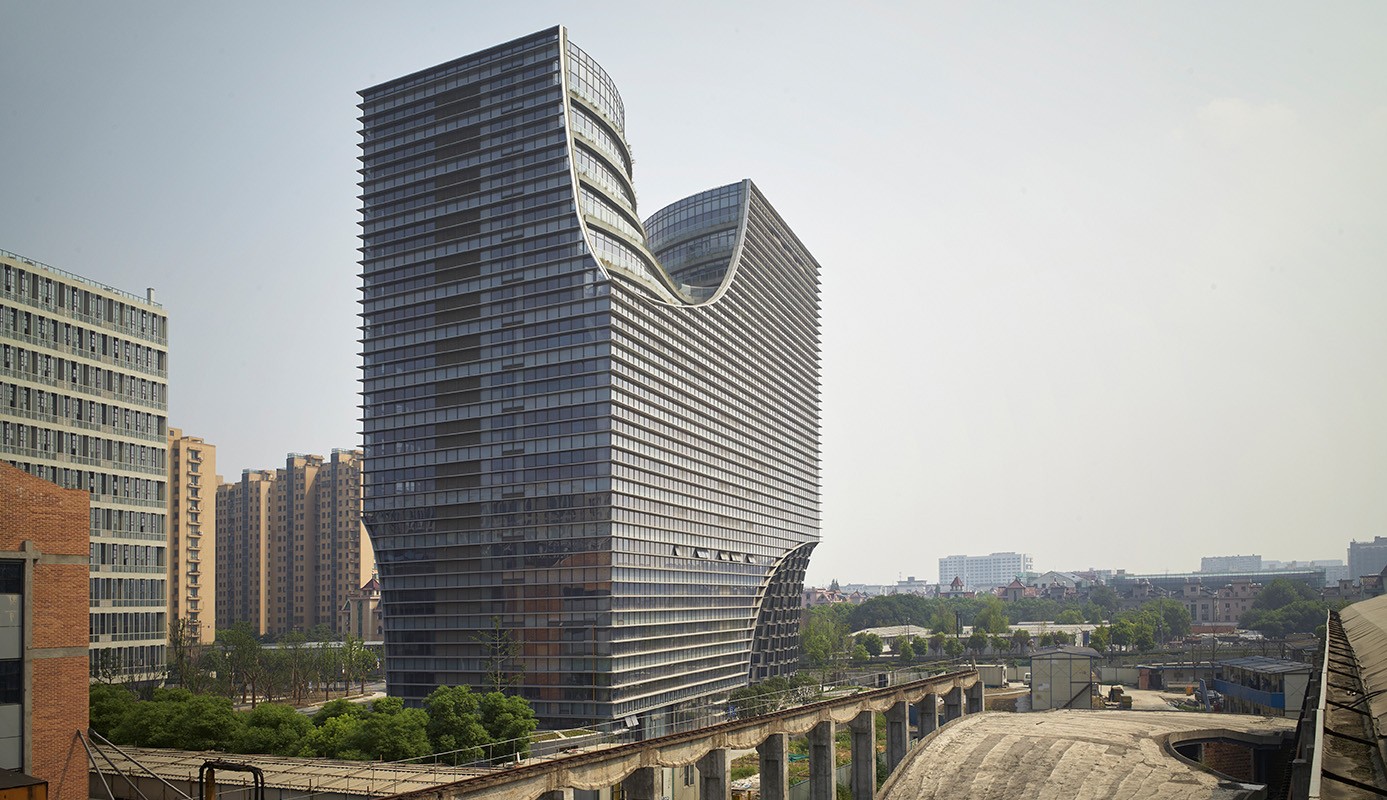 The concept of the building is to create a gateway in between two prominent parts of the city’s new development. By excavating a portion of our built mass we liberate a diagonal passage through our site while at the same time articulate the descent to a commercial center and below ground parking. 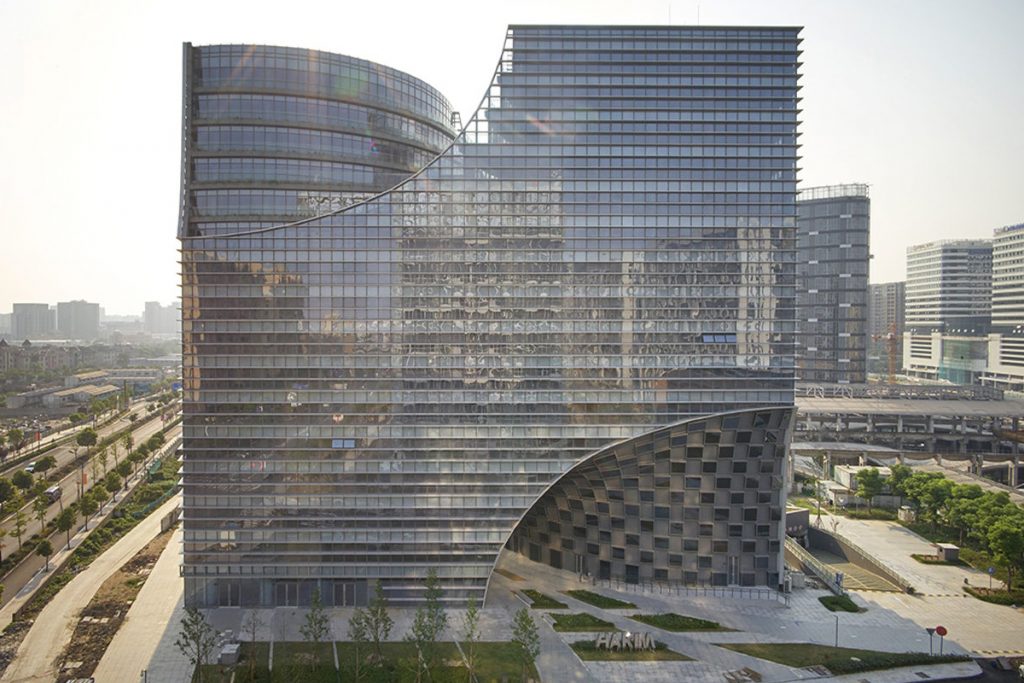 The massing ordinates from a simple box extrusion. Secondly, in order to create a traditional Chinese gateway feeling, the bottom part of the building is been cut through. It turns to a more welcoming gesture within the surroundings. The bottom sunken plaza connects the commercial street that leads the visitors to the shopping center. There are two central elevator cores are shifted from the center of the building. Then the rooftop part of the volume has been partially cut off. It considers the rooftop balcony as viewing platform. The façade of the building also has been dedicated designed. It mimics the rice terrace patterns that is integrated as a very dynamic architecture. Also, the green rooftop is well designed, which is very sustainable for the surroundings. 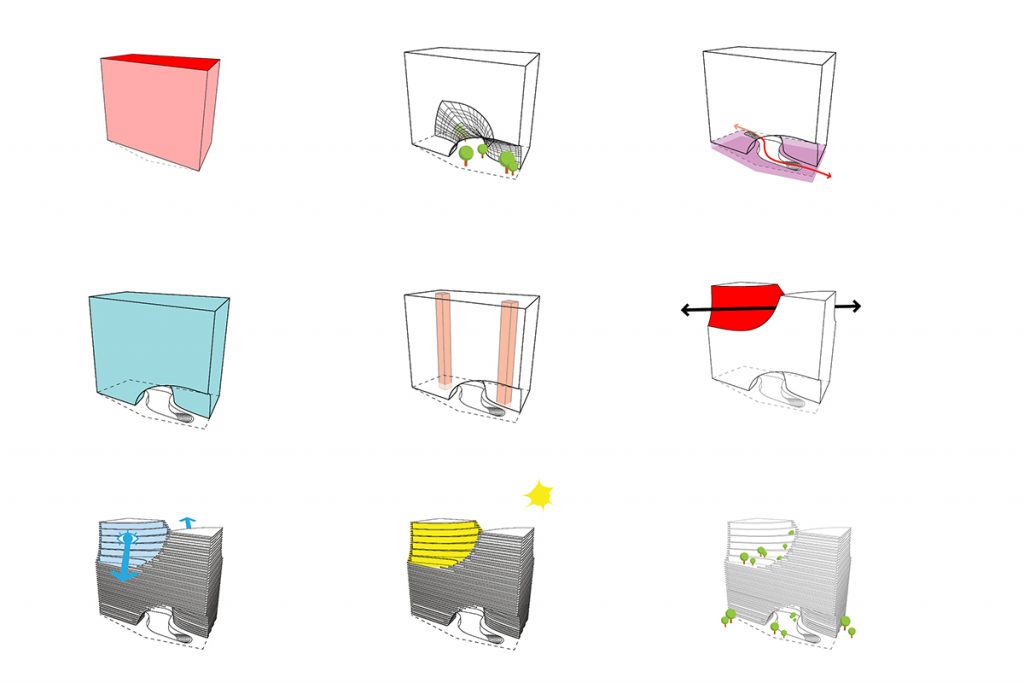 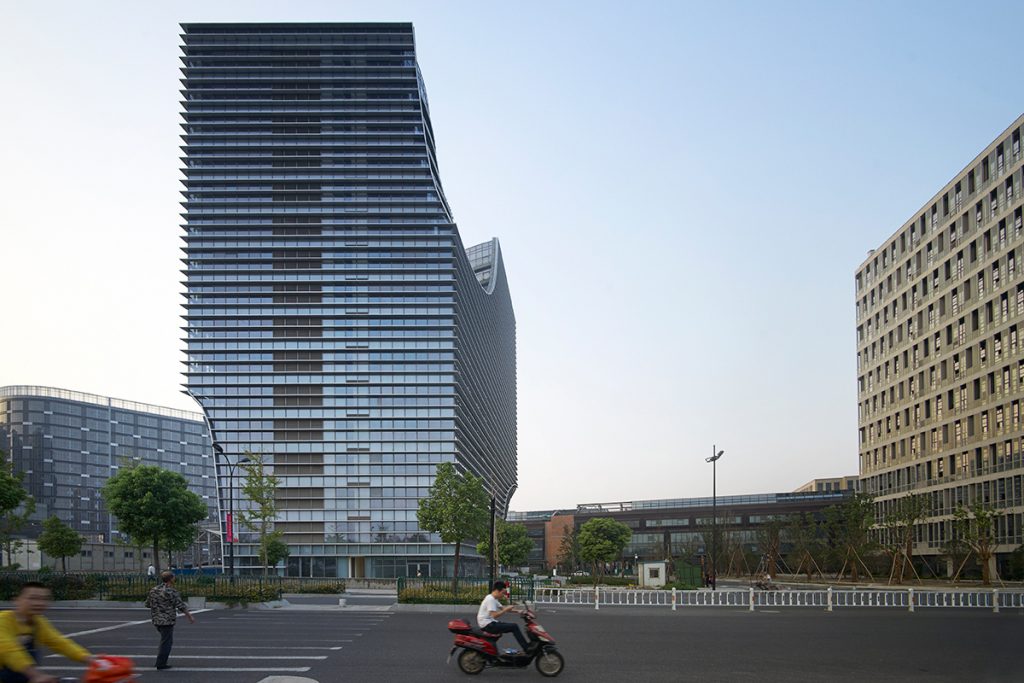 On the executive floors we provide a rice-field like landscape that serves as a park and as a rain water retainer to re-use natural water and cool down the building. The void brings in the natural light, which foster a healthy, sustainable and green working and entertaining environment.

The design has won the 1st prize in the competition in September 2010. Construction is completed in 2017. 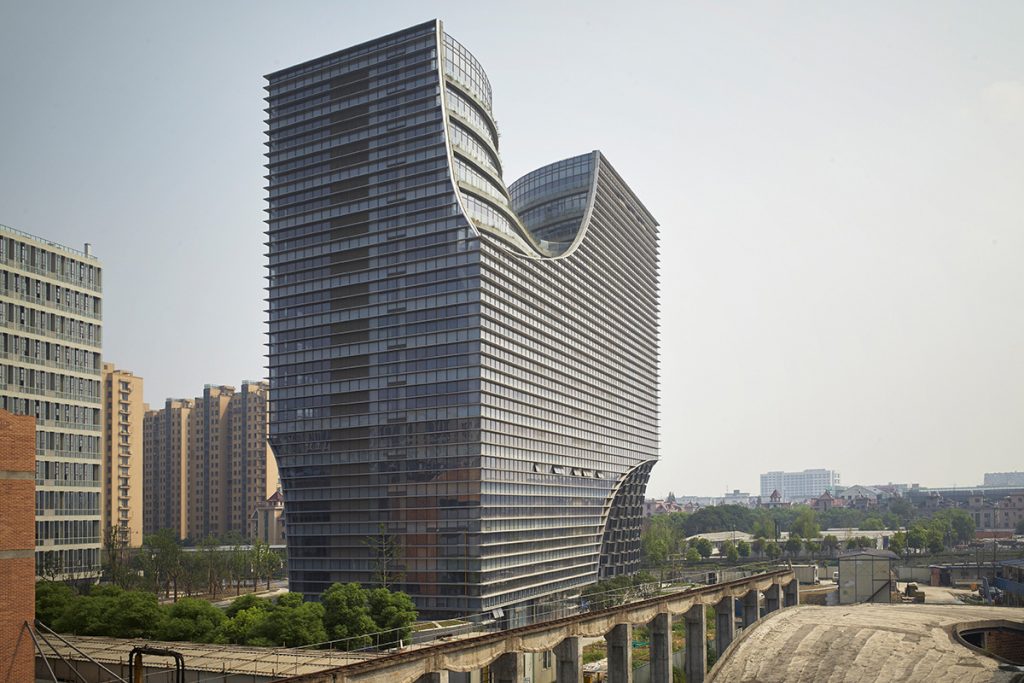