Bei Bei is located in the eastern Sichuan Basin in the city province Chongqing on the Jialing Jang River. Due to its peculiar topography, only a part of the entire area is available for settlement. Bei Bei district is located in a valley between two long hills obstructing an easy connection with the municipality of Chongqing to the East and making this urban development an independent city planning. 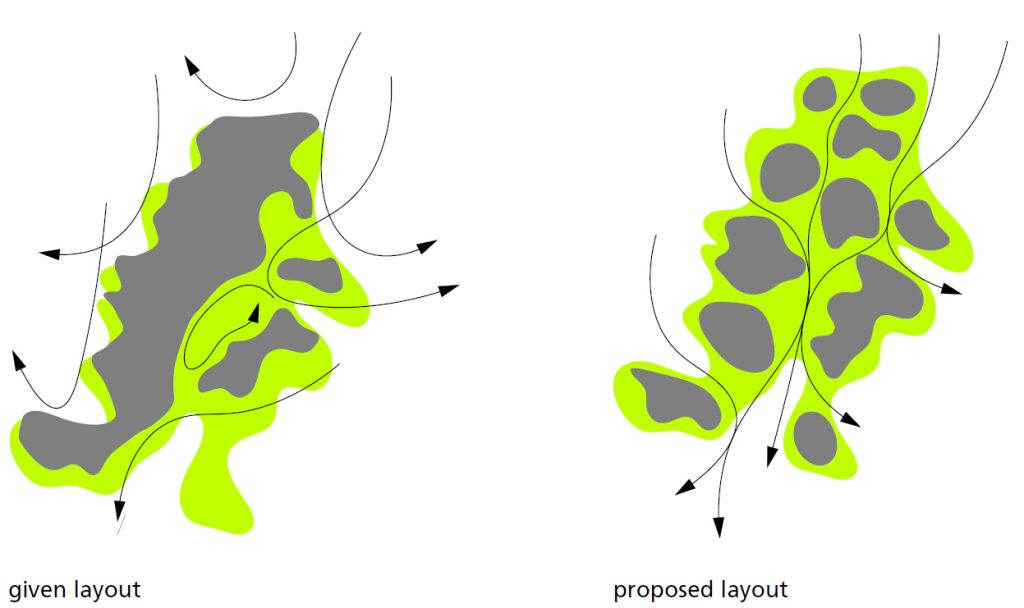 Current site’s conditions prevent the dominant winds from flowing freely, increasing summer heat in urban areas. The proposed masterplan layout facilitates the natural ventilation across the valley and encourages an harmonious coexistence between built and natural environment taking advantage of the site’s conditions rather than trying to oppose them. 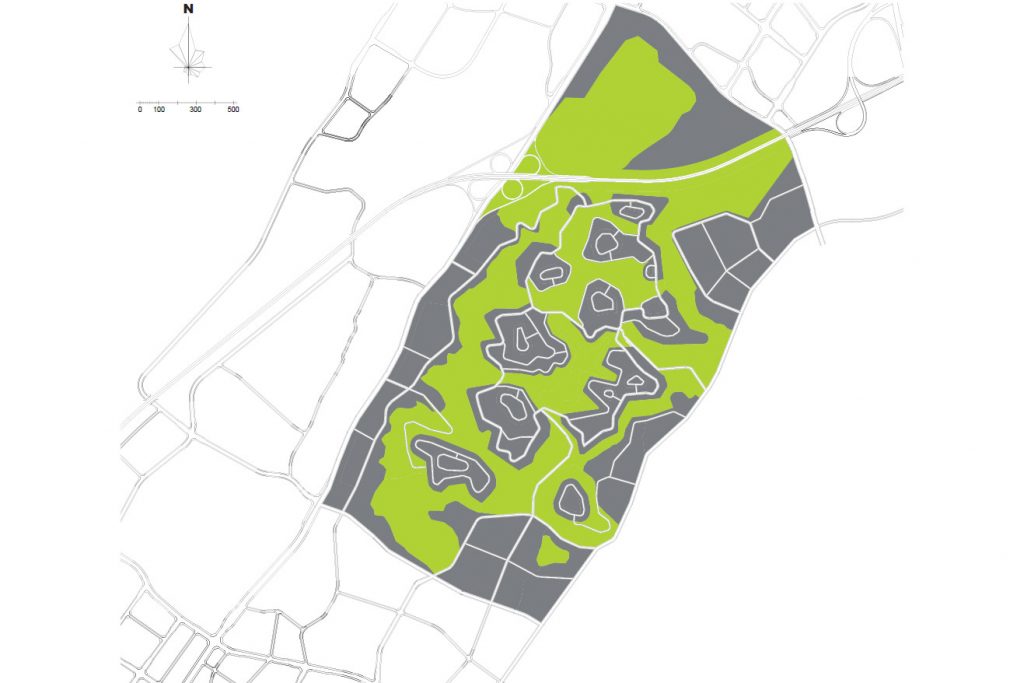 This design approach follows the way urban settlements have been built for centuries both in Europe and China. The buildings don’t follow a rigid grid, but instead are arranged according to the topography, making more natural and less invasive their location. The arrangement in terraces enables high-quality living with adequate density.

Due to the prevailing wind direction from the north, the entire area is naturally ventilated and cooled by the evaporation of the lake water. The adaptation of the development to the topography and the absence of the congestion of high-rise buildings favors the trouble-free circulation and the natural air currents. The private terraces of the houses and the roofs of the buildings are green. This measure improves the thermal insulation of the houses, compensates for soil sealing and makes the city part of the landscape.

The steep slopes of the high plateau form a shelter with their dense bamboo forest, over which the lower terrace houses rise like tree houses. This forest serves as a clear boundary between the lower and upper town and protects the sensitive slopes from soil erosion due to rain. In addition, the forest is used to naturally cool the air above the city in summer. 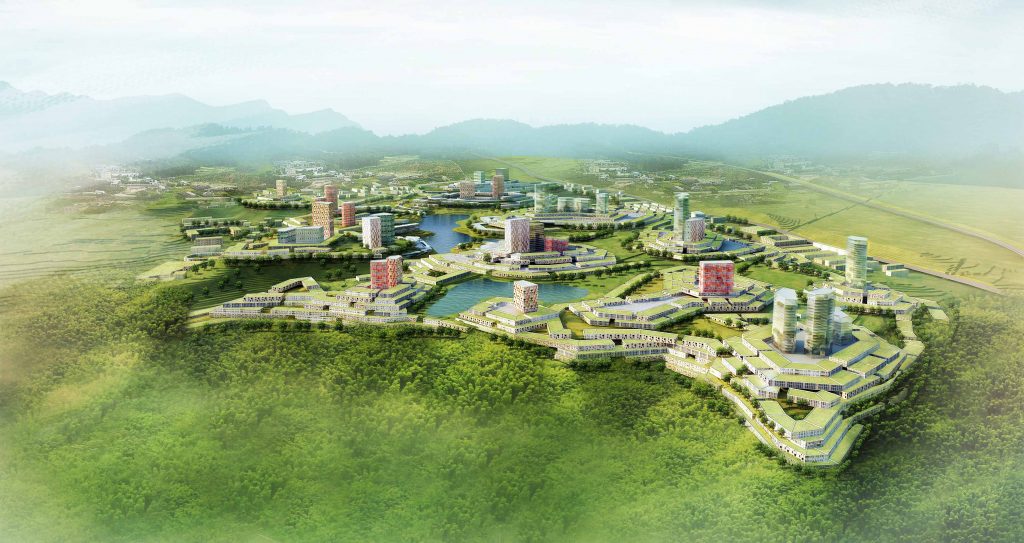 Every residential unit has a clear view of the landscape, the mountains and its own rooftop garden. Commercial and public facilities, as well as parking garages are located in semi-underground levels. The streets and squares inside the “mountain towns” are mainly for pedestrians or limited traffic. The main roads don’t cross the site making the whole development extremely pedestrian friendly and high quality living. 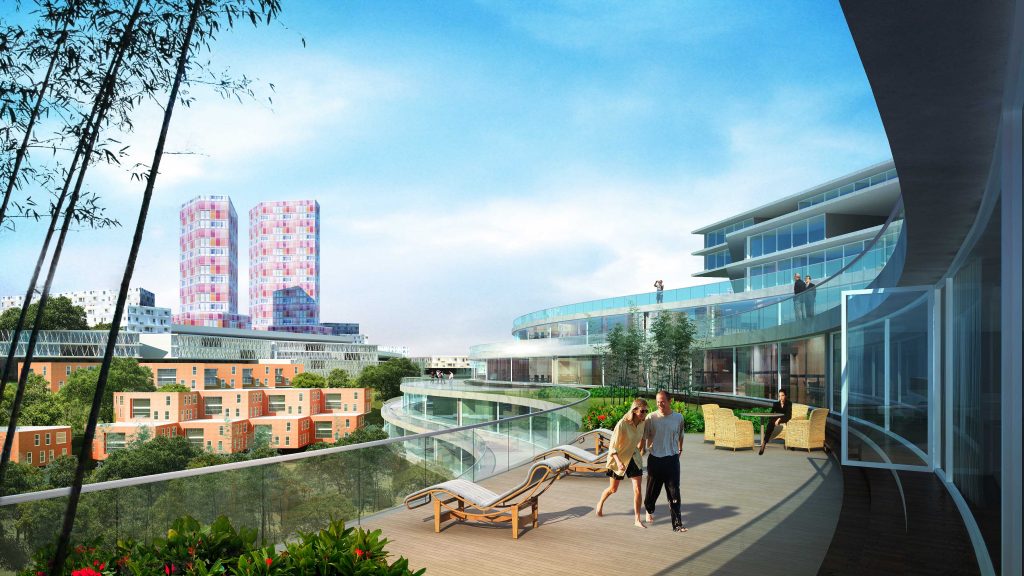 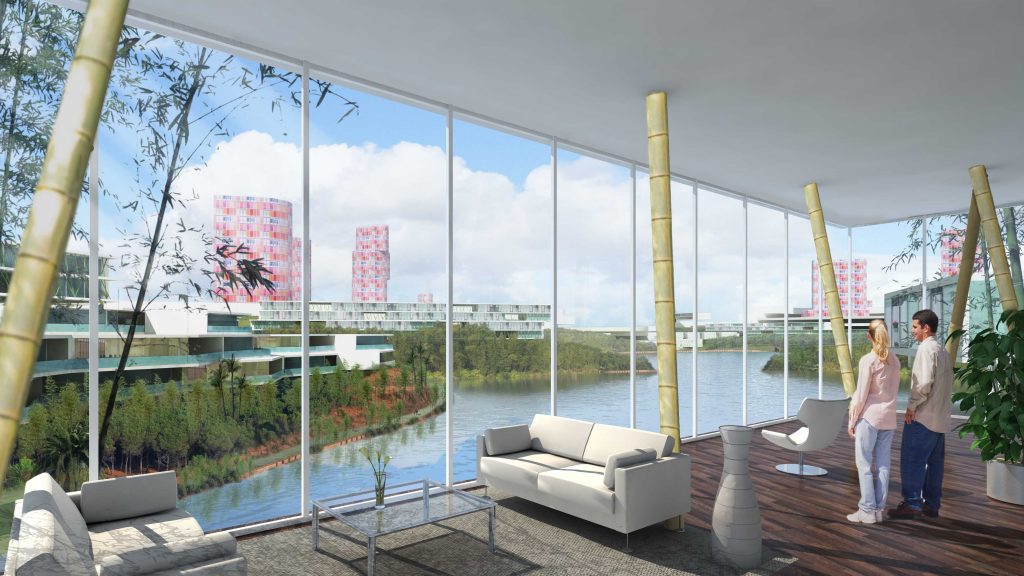 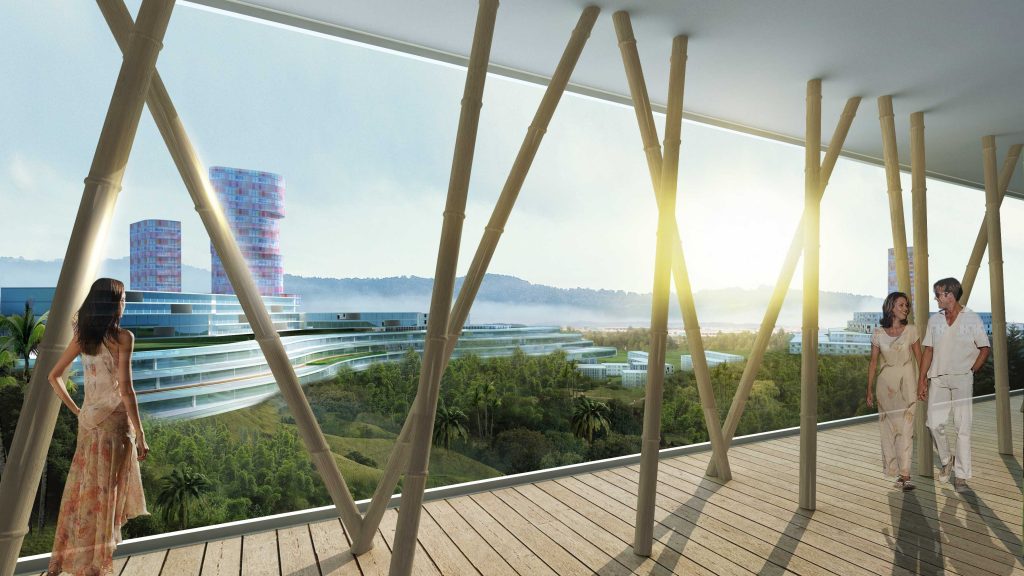 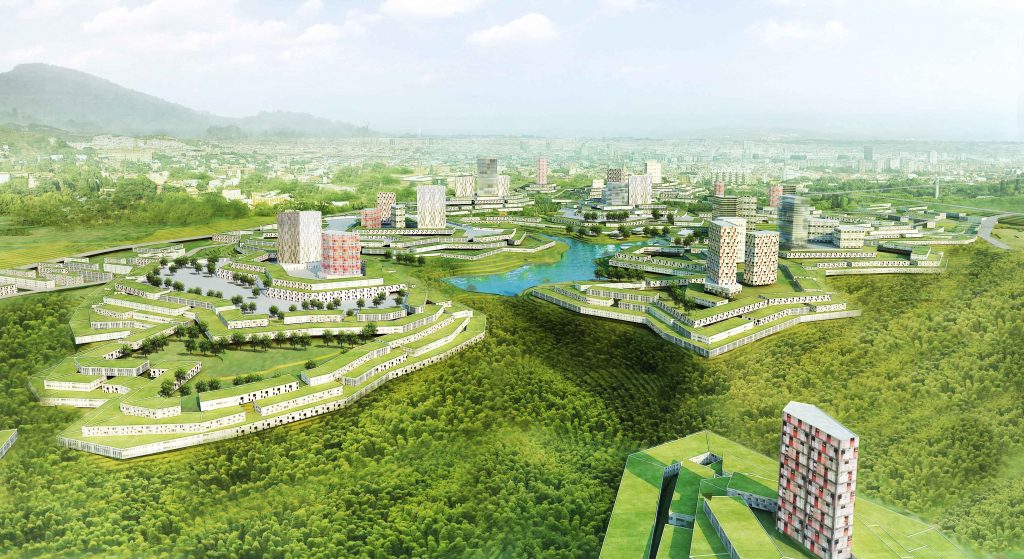