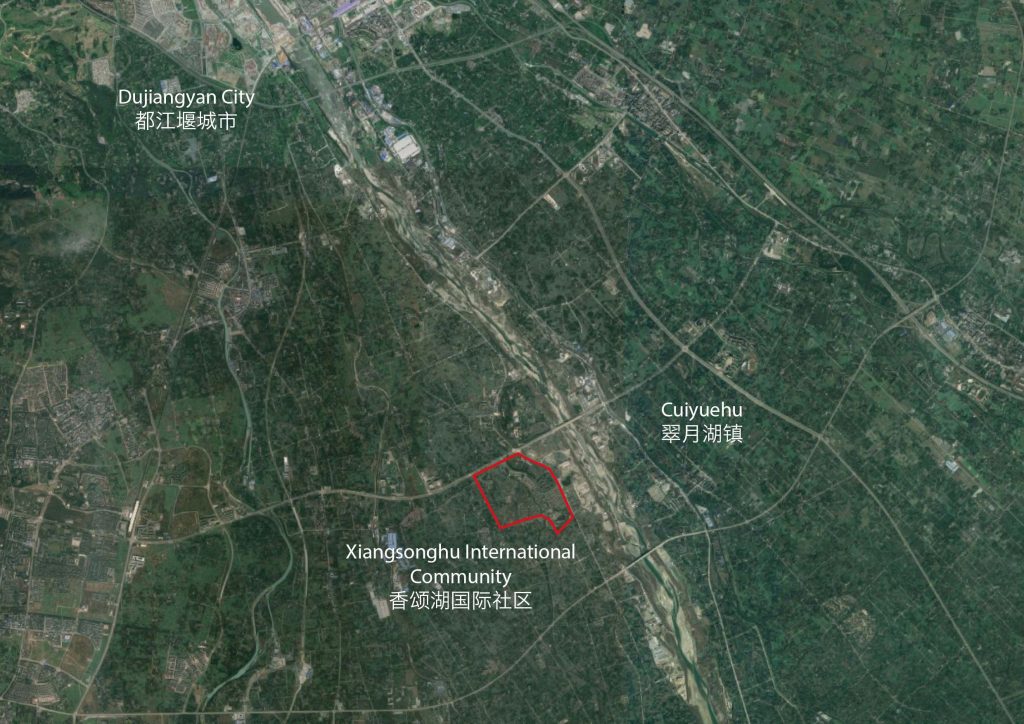 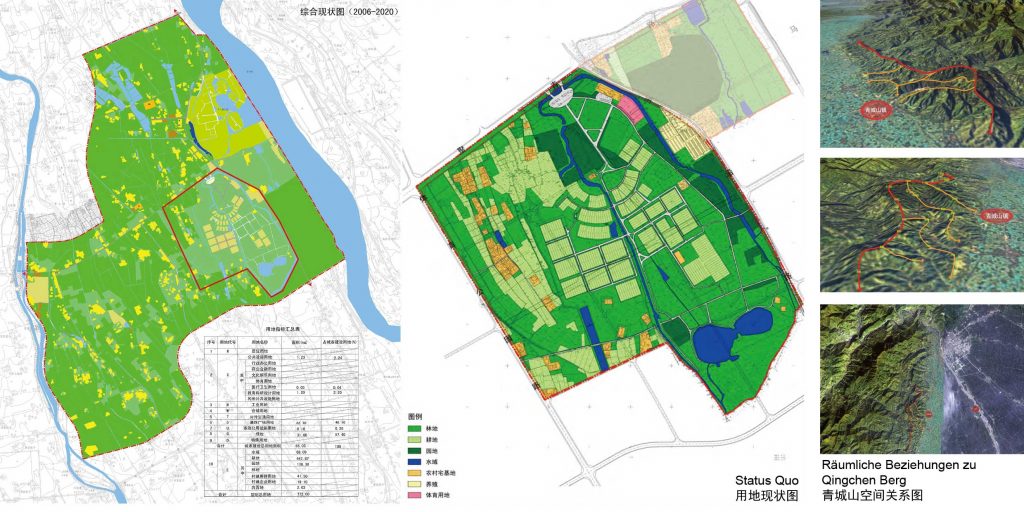 The urban planning concept is based on the three principles of Lifestyle, Health and Sustainability, which are made accessible to each resident of the new residential area through a human-centric approach to the design. The model for the landscape development of the area is based on the millennia-old river branches and islands system typical of Dujiangyan area. These ‘islands’ on the west side of the area include low density individual buildings whilst a higher density development of courtyard linear buildings in line is located in the flat, terraced area along the East boundary. 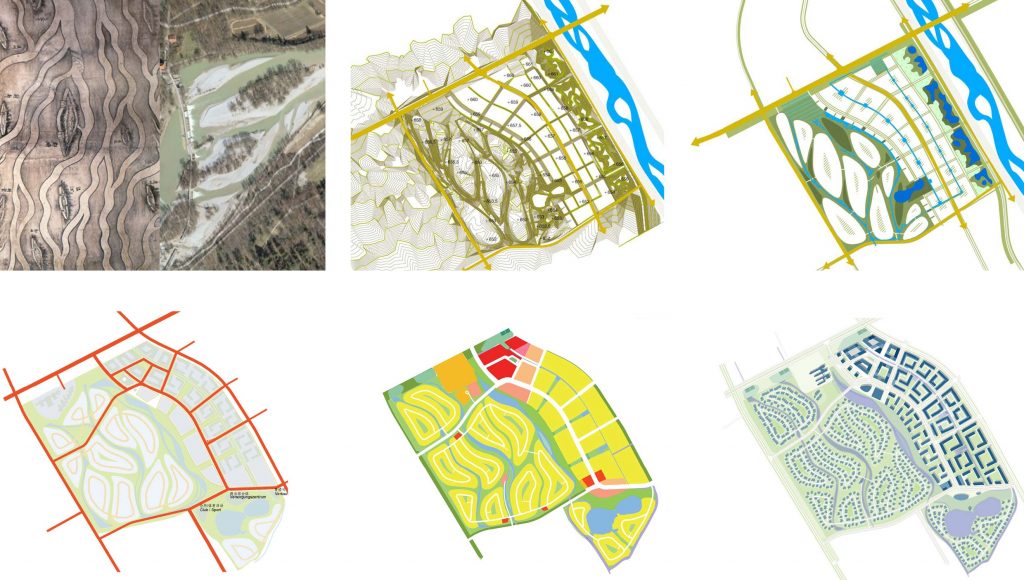 The entire site is divided into parallel stripes running from north to south with increasing building height and density from west to east. The distribution of the buildings by height ensures the visibility of the different quarters from the Qingcheng Mountain to the west, which is one of the main attractions of the area. The masterplan framework is based on the concept of merging scenic, urban and infrastructure features that can naturally blend with the surroundings. 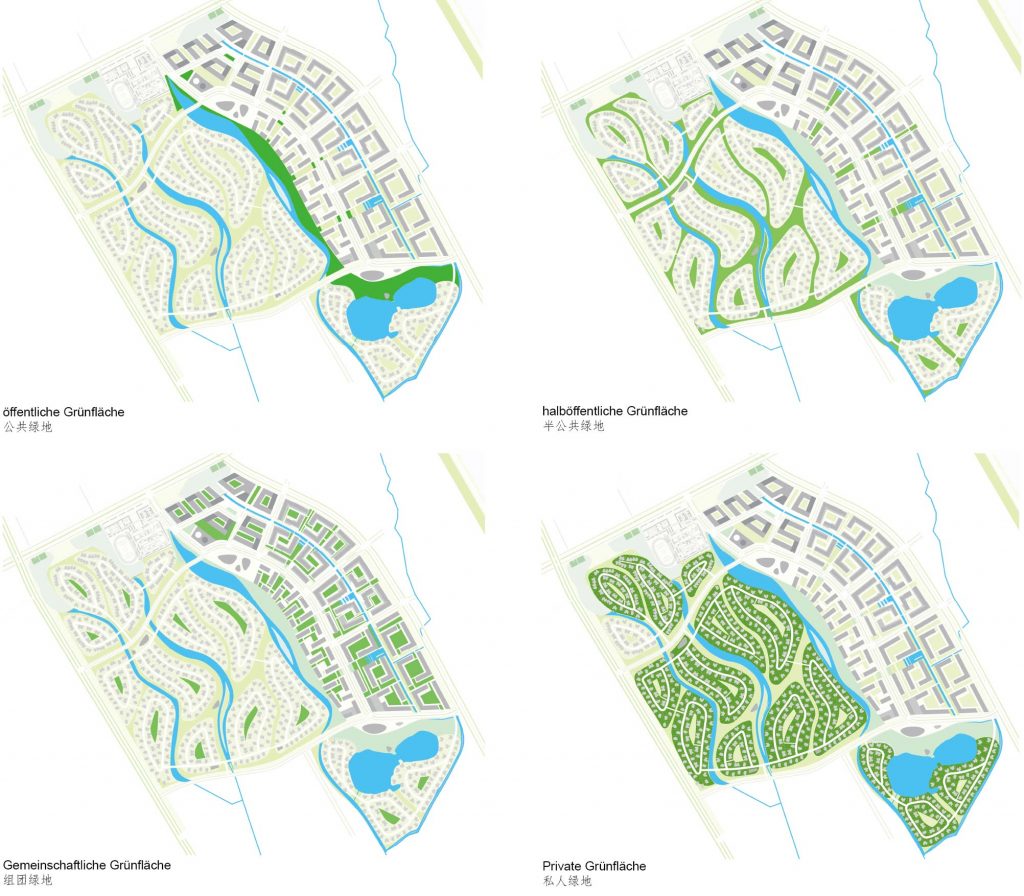 The masterplan framework defines three main residential areas converging to Chanson Lake to the south, in the vicinity of which one can experience the diversity of the features of the different residential zones. The central green corridor and the natural lake with its surrounding park area represent the green backbone of the entire development. 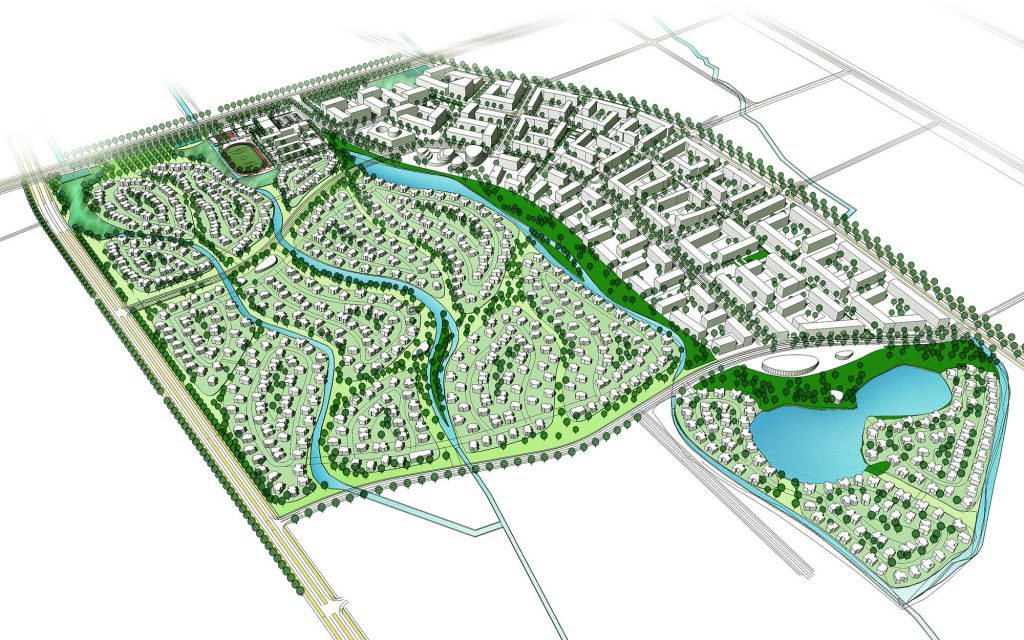 The main road network is organized along the north-south direction; several rows of trees and a generous green buffer zone characterize these roads which become high quality boulevards. All main traffic routes are not arranged along the green spaces affecting the public green and their role as valuable recreational spaces for the residents as little as possible. The watercourses running through the residential area in north-south direction according to the topographical conditions, are not affected by the road network. 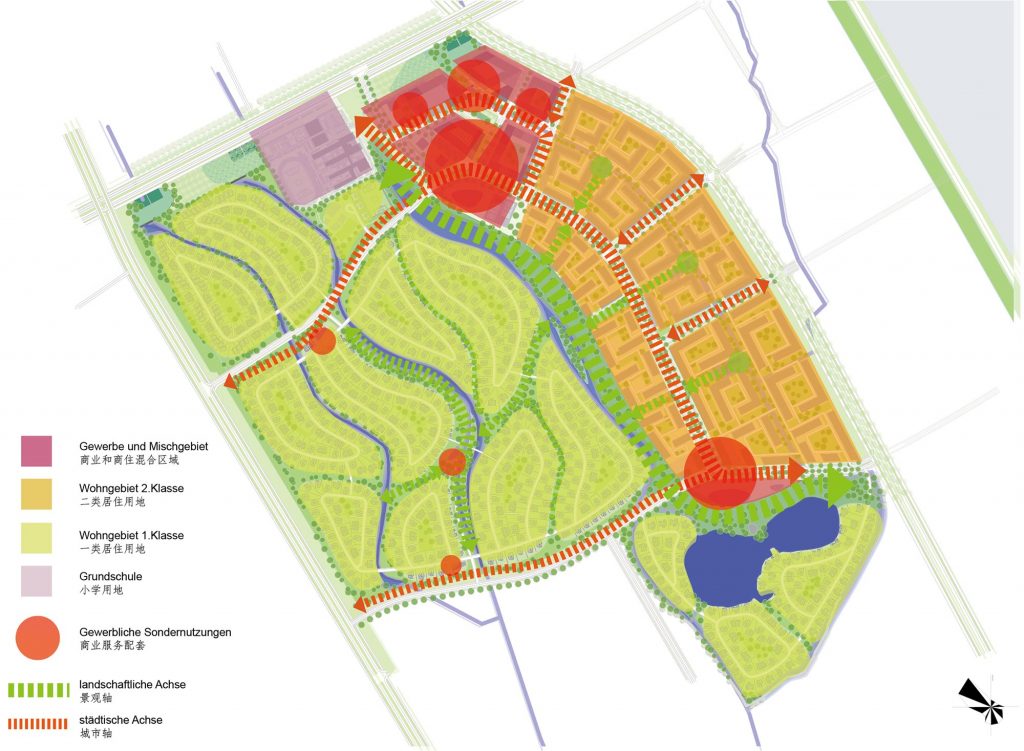 The high density plots to the east are efficiently accessible from the adjacent main traffic arteries and the underground car parking in each block can be reached from the outside – there is therefore no need for sub-development within the district. 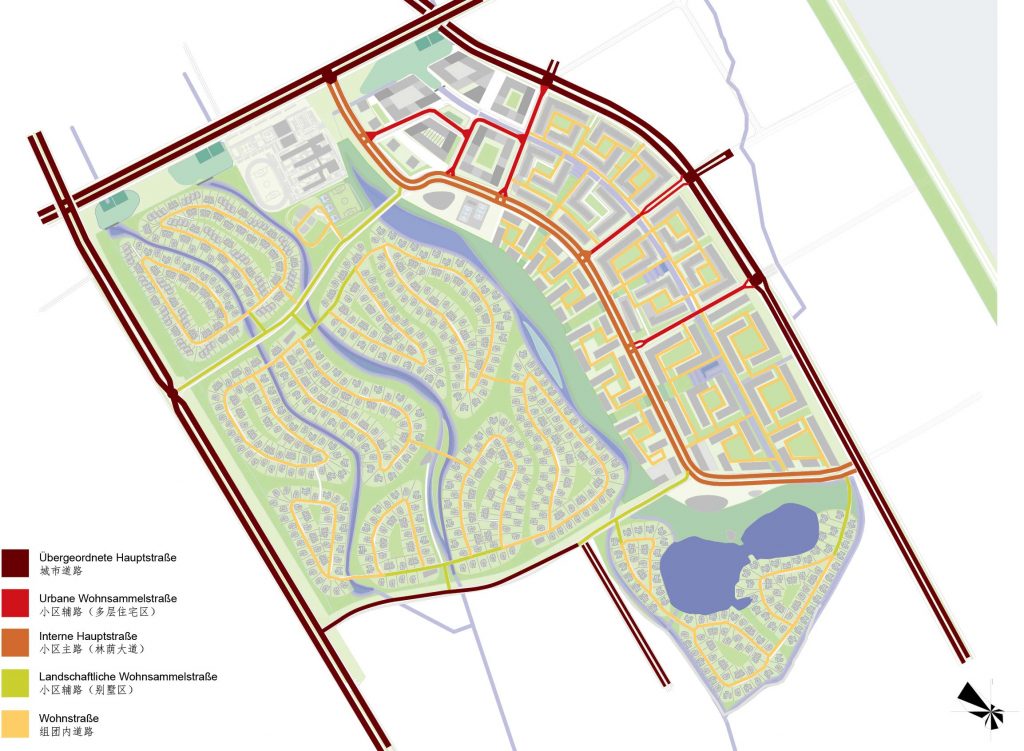 The residential areas to the west greatly benefit from being embedded in a system of canals and green areas. This integration of landscape and architecture adapting to the topographical conditions, is inspired by the local landscape around the nearby dam in Dujiangyan and thus creates a strong contextual reference. 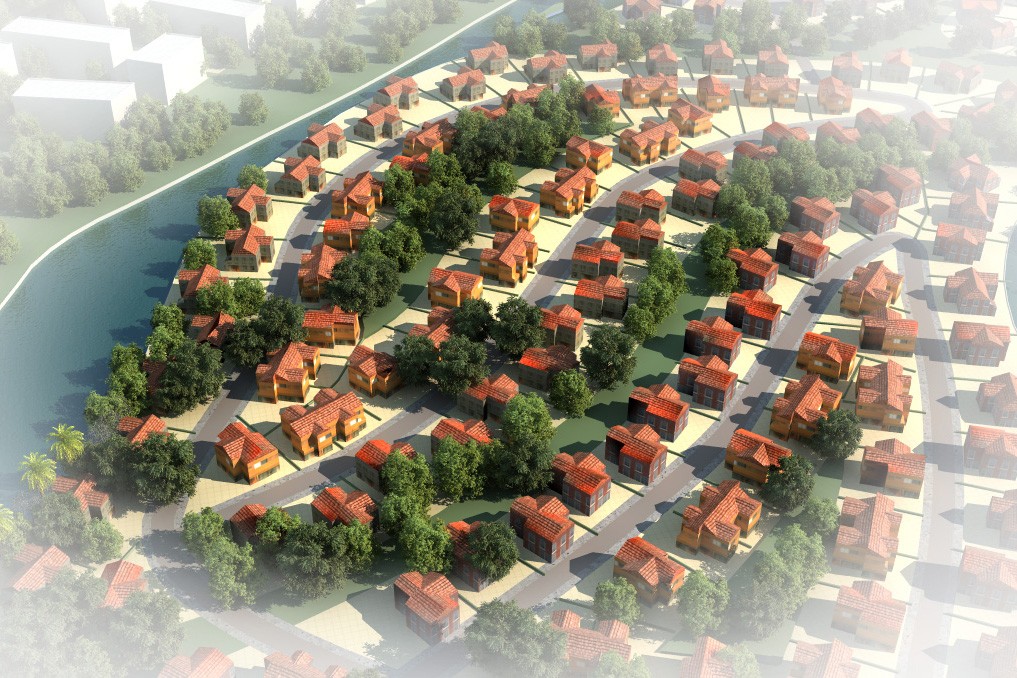 Independent villas, semi-detached and terraced houses are arranged according to the favorable location of the individual plots. Luxury villas and standard villas can enjoy the location directly on a watercourse or on the lake. 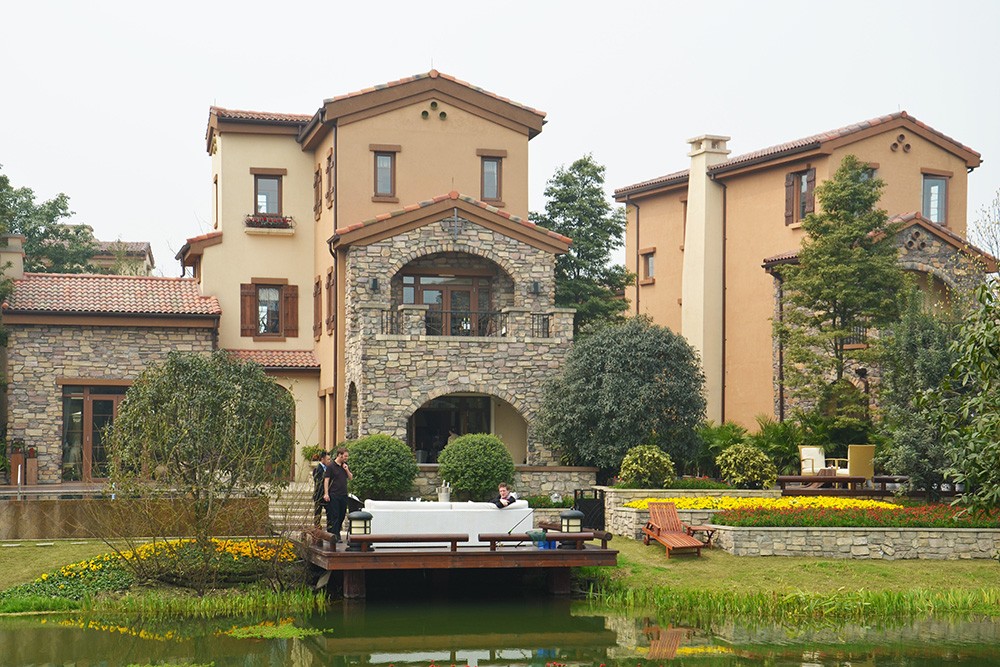 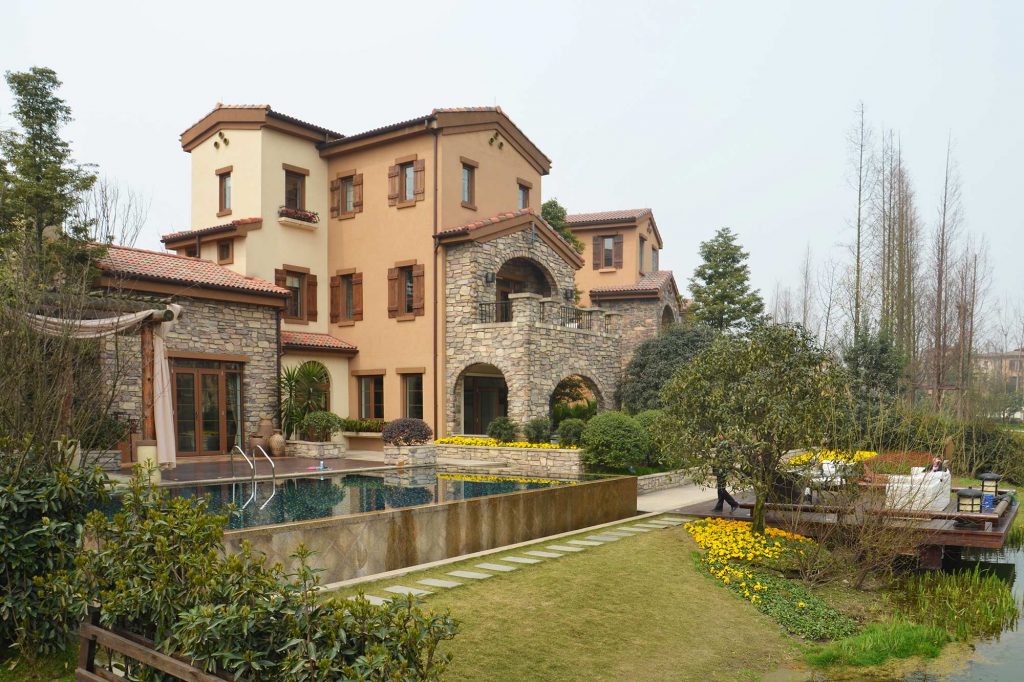 Semi-detached and terraced houses are located on a green corridor or on one of the central open spaces that define a green center of the island. The staggered arrangement of the building enables a relaxed overall picture despite the high use of the property. The number of storeys is limited to 2 and a maximum of 3 storeys. 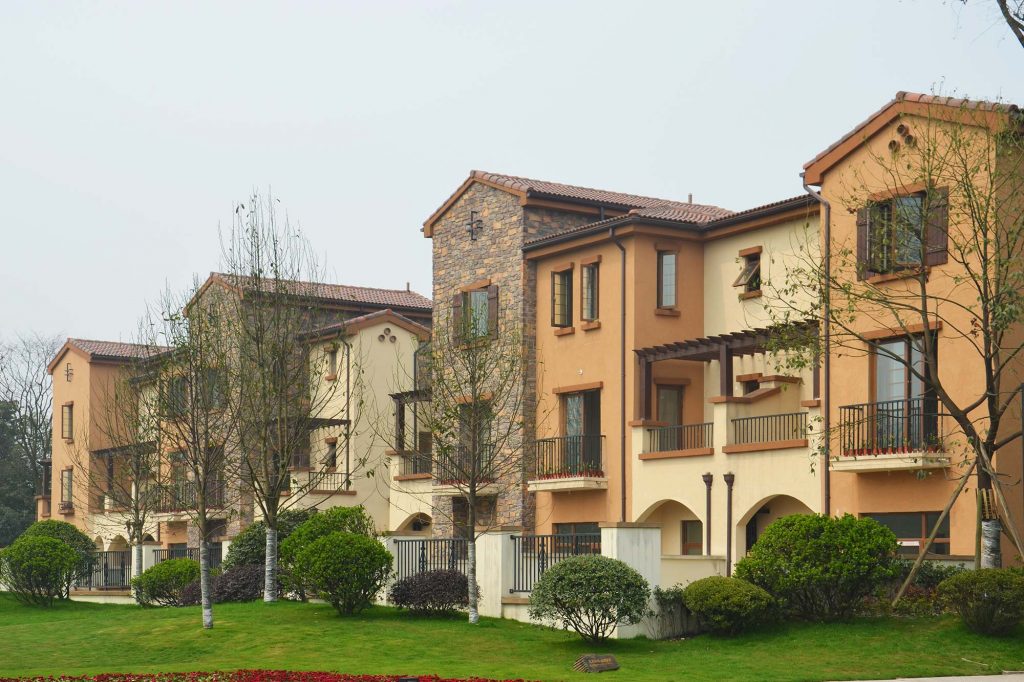 The area between the main street and the central green corridor is primarily intended for residential and includes townhouses and apartment buildings of medium height. Supporting commercial functions such as market, gastronomy and culture are planned in the northern and southern sections. Thanks to the direct vicinity of the green corridor and the view of the mountains, the location of retail, F&B and day-to-day shops is particularly favorable in this central zone. 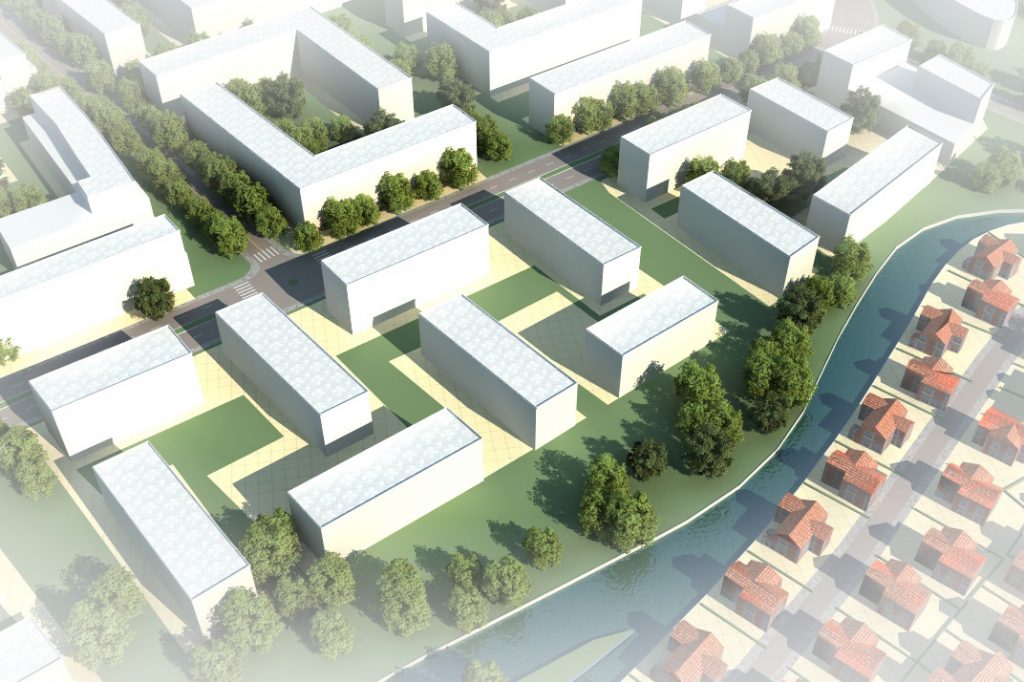 Stand-alone buildings are closely interlinked with green areas. Avoiding angular structures enables the implementation of townhouses or apartment buildings between 4 and 5 floors. The proposed layout opens up to the central green corridor in order to maximize the amount of buildings with a view towards the landscape. The program comprised in this zone is enriched in the north and south by public facilities and commercial buildings. The central belt zone represents an important transition between the block and villa structure. 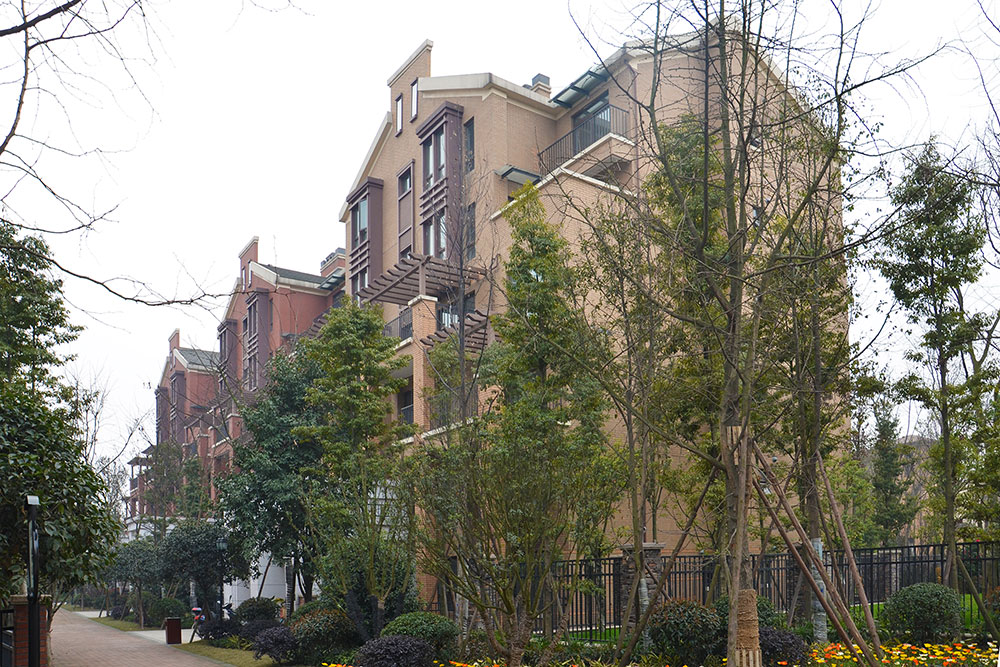 These zone is located to the east along the urban watercourse running through the entire development from north to south. Despite the higher urban density of the open block typology and a building height that reaches six floors, the area is still perceived as an abundantly green residential quarter: each quarter has a central pocket park that helps navigating through the compound and provides unique identity to each block. Furthermore, the green inner courtyards of the open blocks, green corridors and avenues, improve attractiveness of the entire residential area. 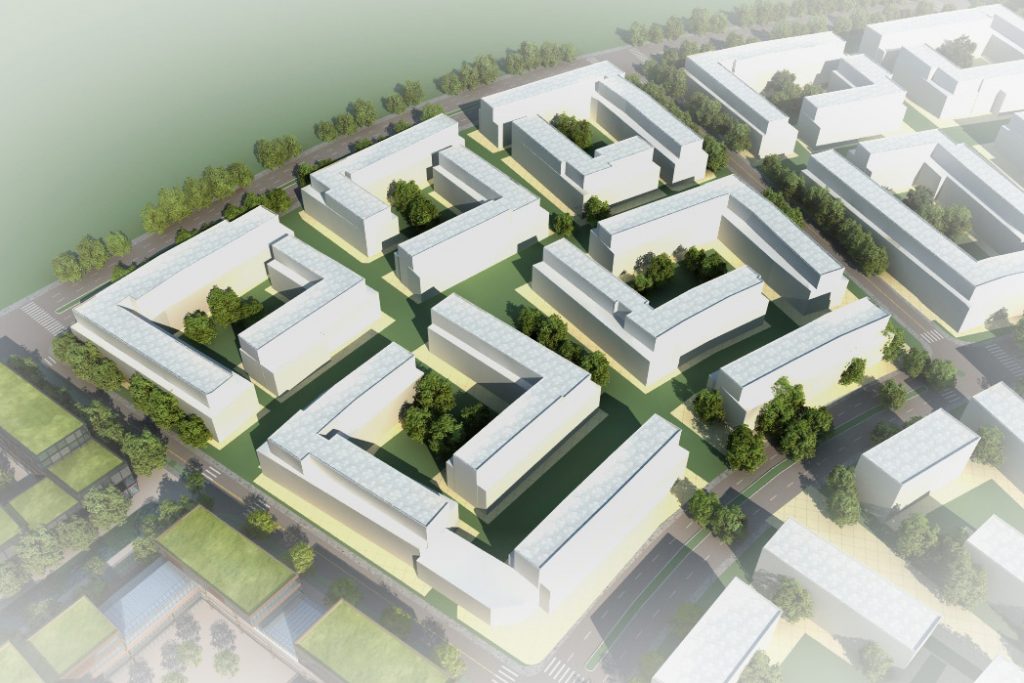 The building plots have an open, individual courtyard structure, which allows opening to the quarter as well as retreat to the more intimate communal courtyard area. This promotes the development of a neighborhood community. 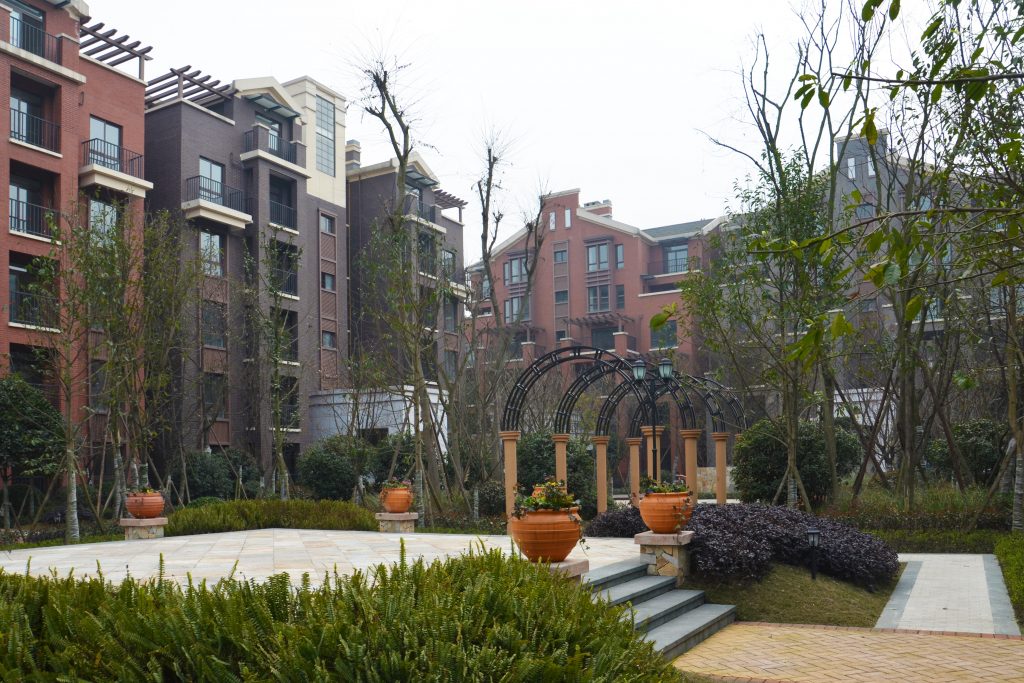