In 2008, the State Council promulgated the “Outline of the Reform and Development Plan for the Pearl River Delta Region”, clearly positioning Zhuhai as a key city on the west bank of the Pearl River. Ten years later in 2018, Zhuhai Municipal Committee positioned the city as new economic engine in the Guangdong-Hong Kong-Macao Greater Bay Area and a tourist hotspot for its unique characteristics and history. 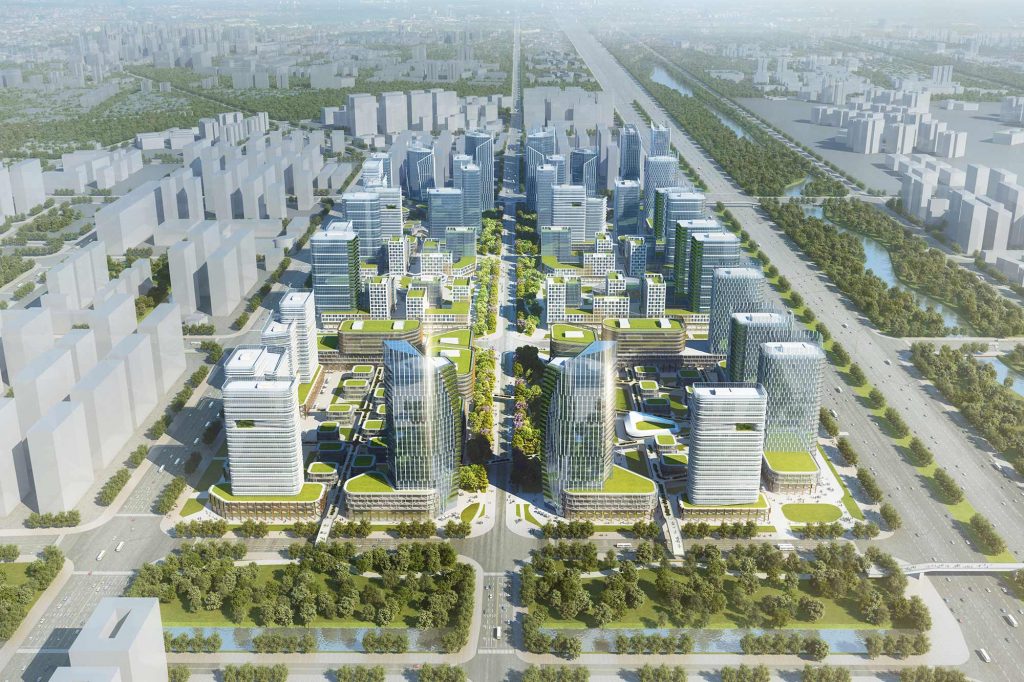 Our project is located in the recently formed Jinwan district, a vast area with a balanced mix of residential, commercial and industrial plots, set to assume a key role in the technological and industrial development and a new economic pole in the western expansion of Zhuhai city. 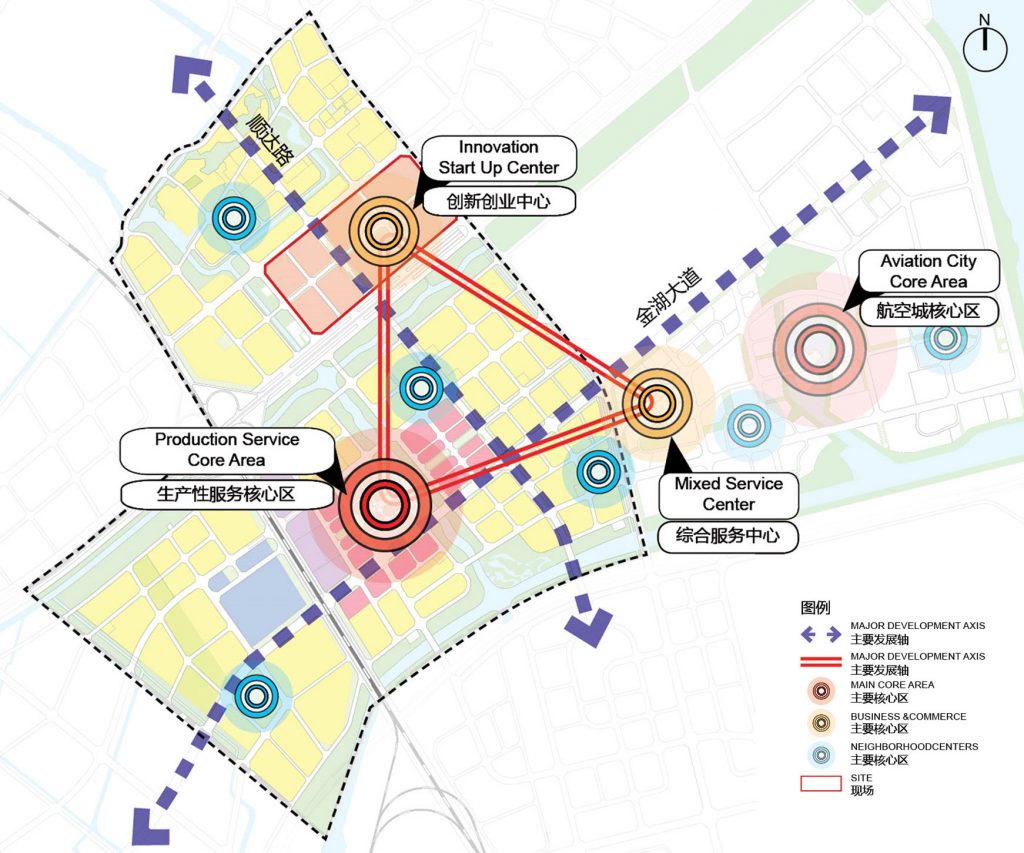 The site is divided into three main zones, each one with a specific functional character defining the Hi-Tech Intelligence Park. Each zone has also a different level of privacy and openness. Our urban design goal is to react to the existing status integrating in our site architectural typologies and functions related to the surroundings. 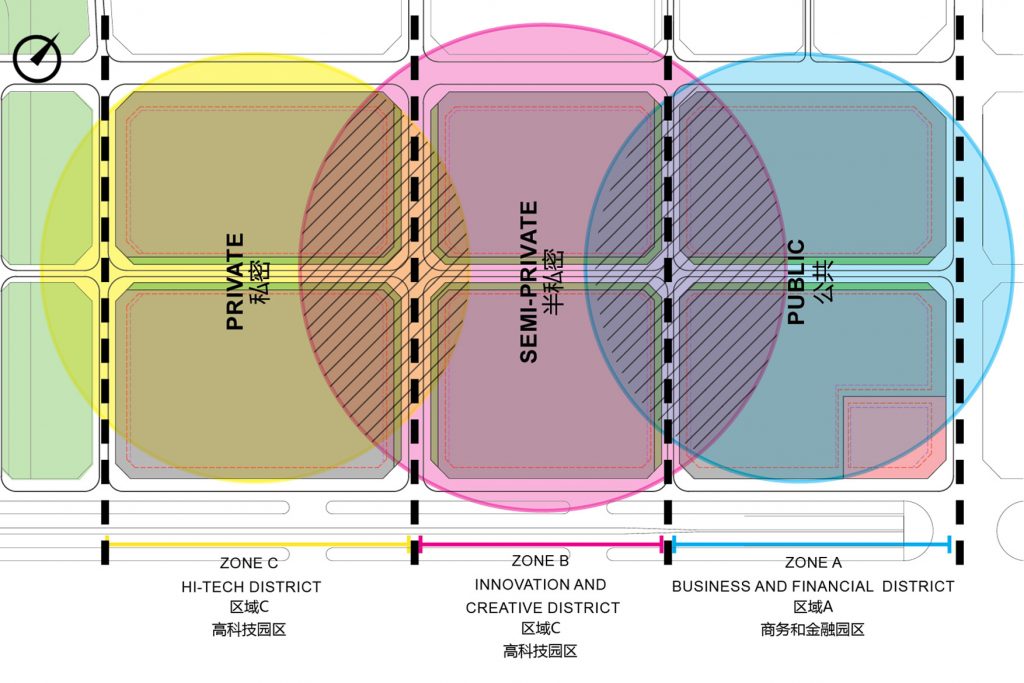 Our strategy is to create a network of green public areas linking every plot both in North-South direction and along the West-East central axis. The central green axis originates from the North-East corner – where the nearest subway exit is located – and South-East corner – in correspondence with the Landmark Towers – merging to the West with the existing park. 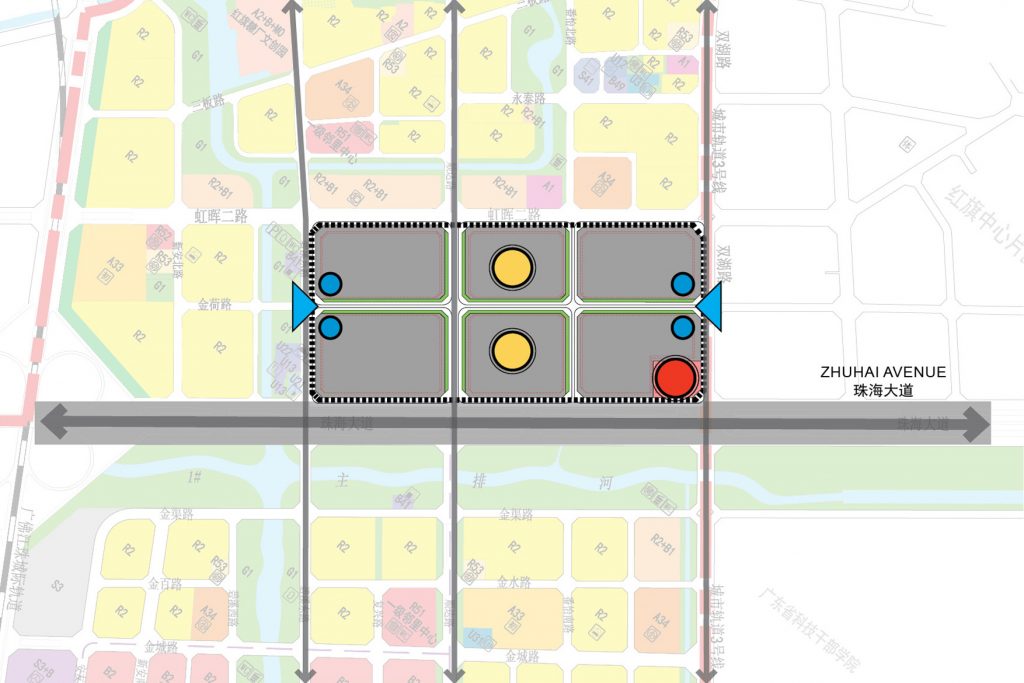 Due to its visibility, the whole South side along the Zhuhai Avenue has the key role of representing the urban image of the development. On the South-East corner, at the junction of two of the main traffic arteries, are the Landmark Towers, the highest group of buildings of the whole masterplan. Corresponding to each main access are the landmark gateway towers located at both ends of the central axis in order to visually enhance it and punctuate the skyline of the development. 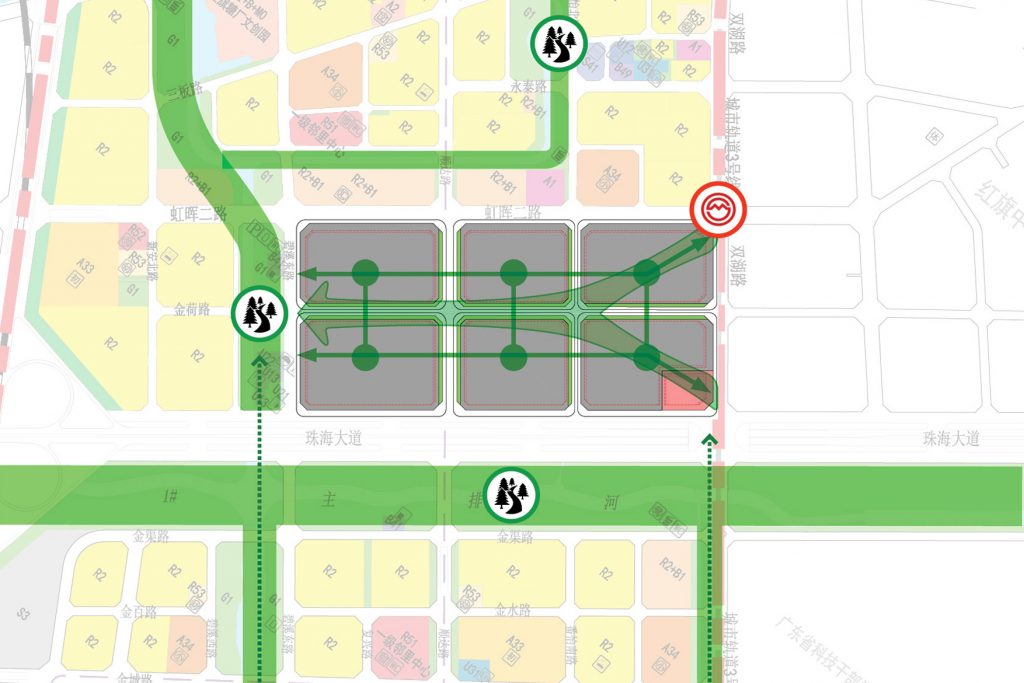 A system of interconnected human scale public space nodes links all the plots whilst the central green axis extends its reach inside of each plot for an enhanced public green space experience. The main traffic flow of cars and pedestrian is from East to West, through the subway stations to the East and along the central green axis. 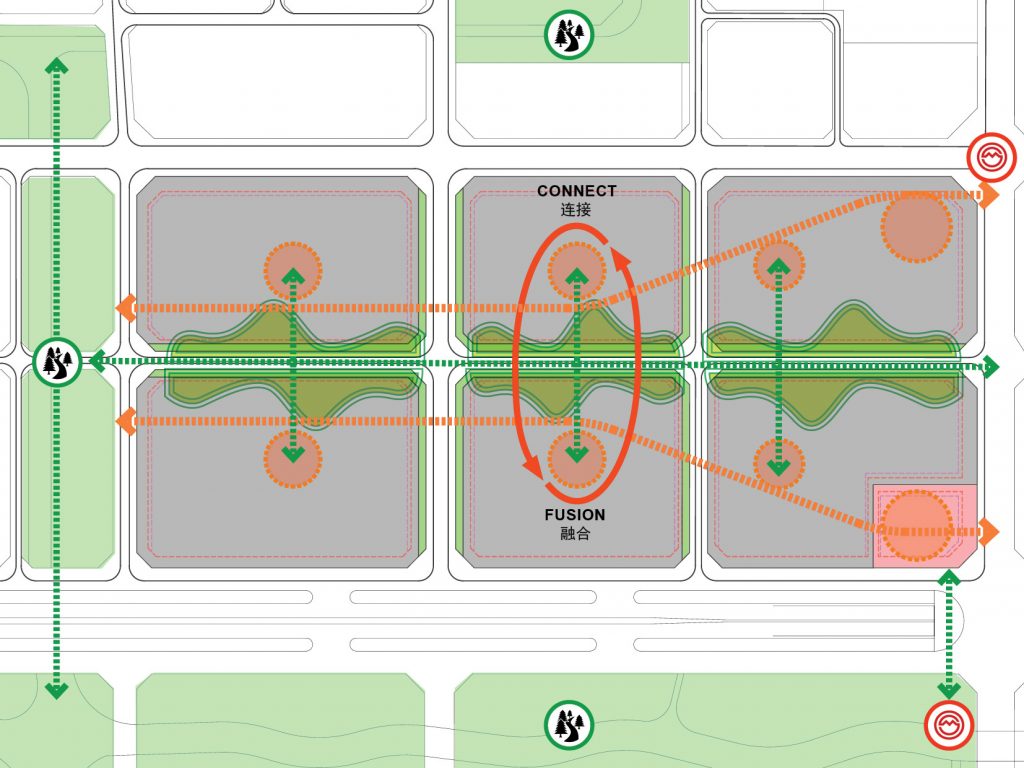 Specific characteristics of each area determine the spatial organization, the layout distribution and the masterplan intention. From the metro stations two diagonal pedestrian areas guide the commuters towards the green axis and lead them to the central Innovation District. Here, the public space becomes more open and the green extending from the central axis, embraces the public facilities in the center of the development. The High-Tech Zone to the West is characterized by elevated pedestrian walkways bridging the two plots above the central axis. 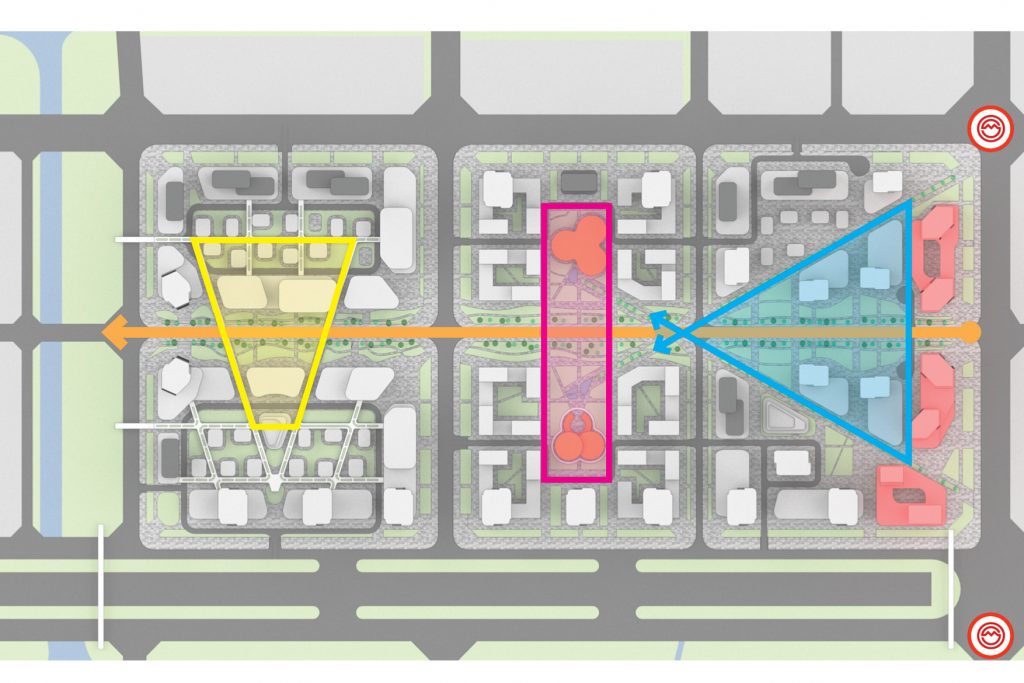 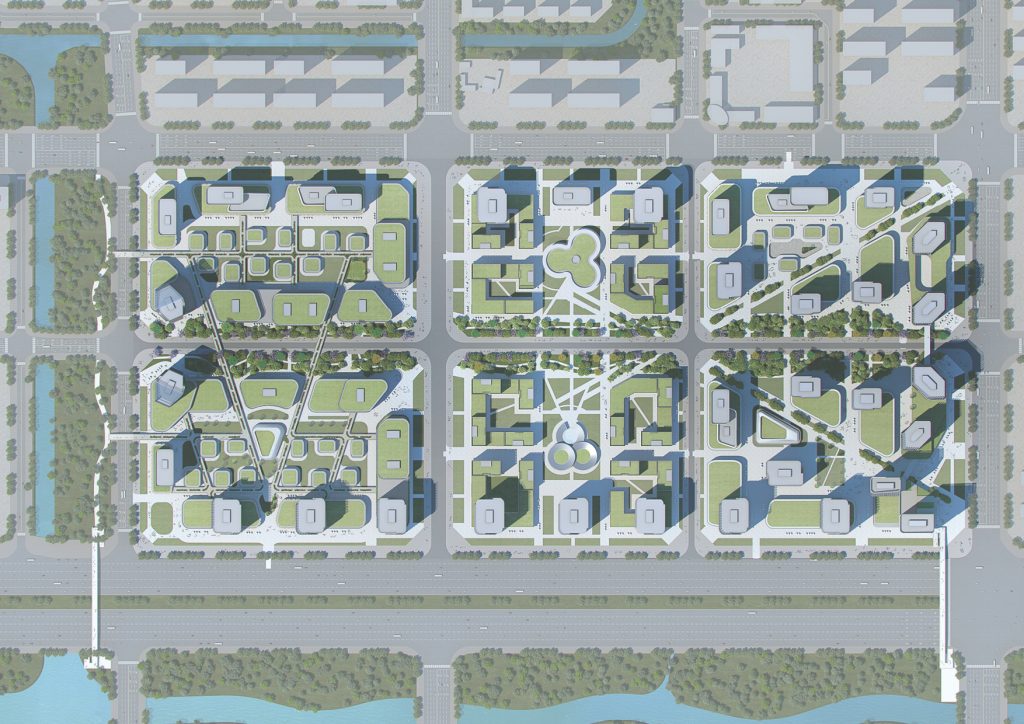 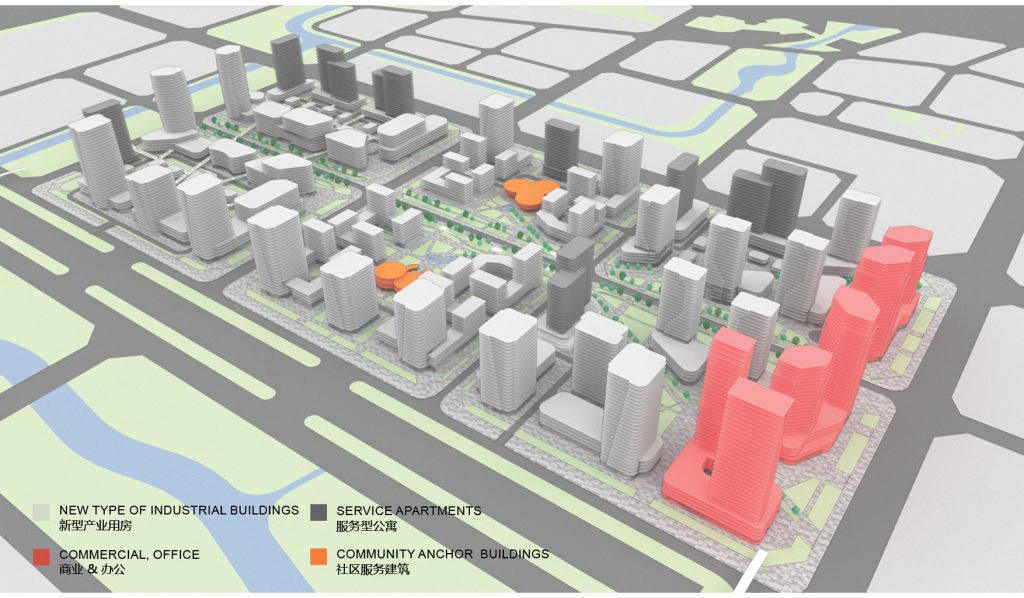 Due to its location adjacent to the busiest traffic arteries and public transportation stations, this area is the interface and main link between the industrial park and the rest of the district. It is the financial engine of the entire development where all the research and innovation projects can find an external investor and funding for further development. 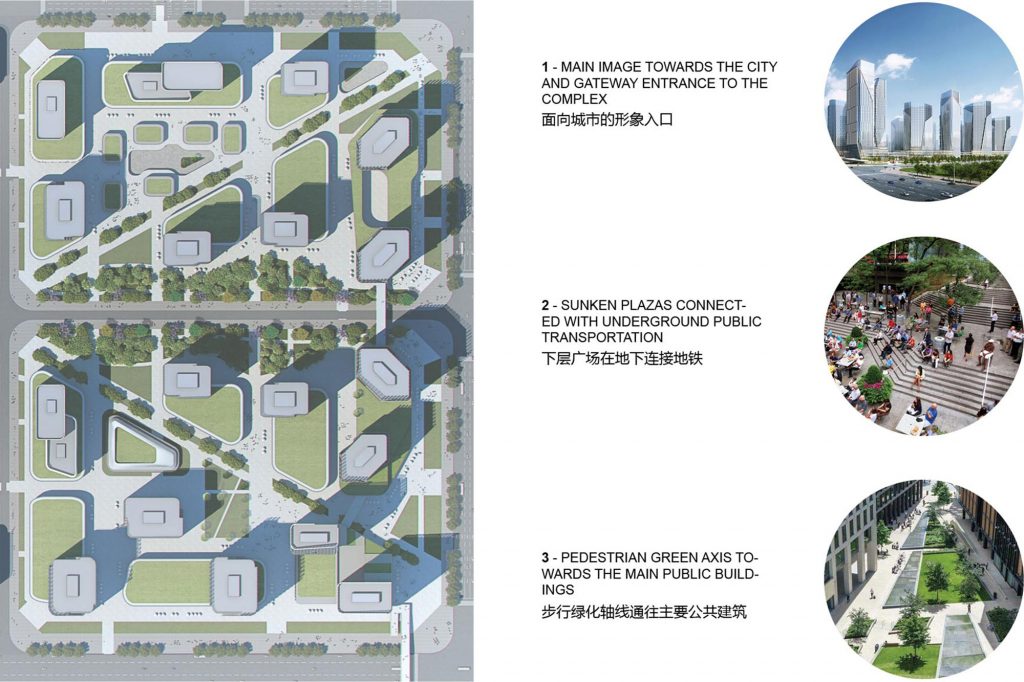 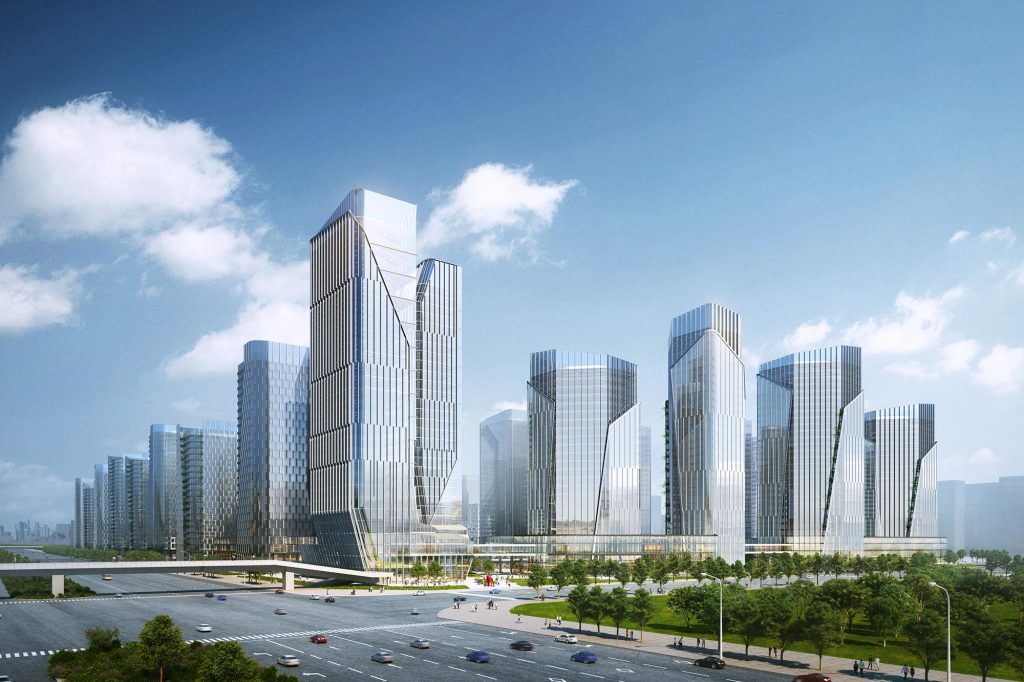 Zone B – Innovation and Creativity Park

It is the creative heart of the Industrial Park where new start-up companies have the opportunity to share space and resources in a young and vibrant environment. Here, the green public space grows from the central green boulevard to the center of each plot and becomes a central park equipped with public facilities for leisure and sports. 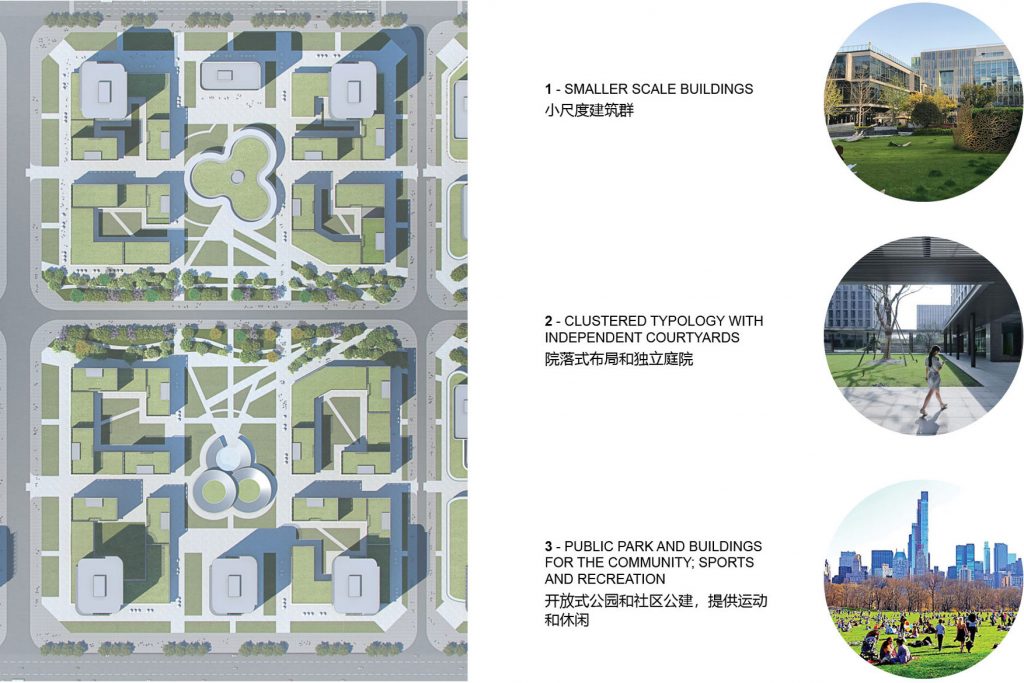 Affordable housing, service apartments, flexible office space and co-working, complete the set of services that allows the community of young talents to grow and thrive. 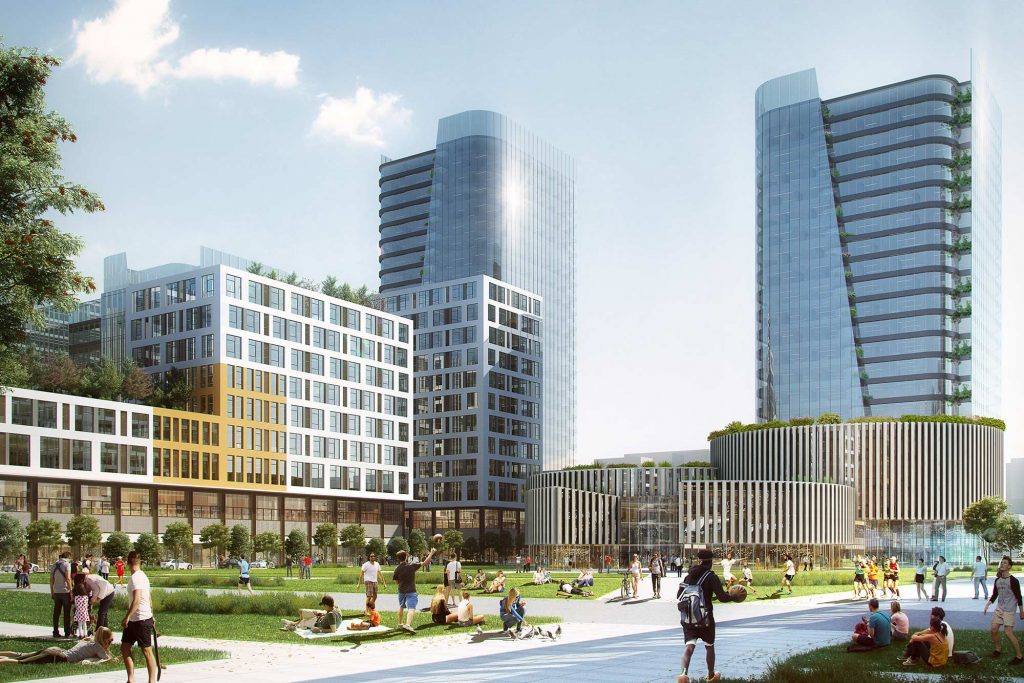 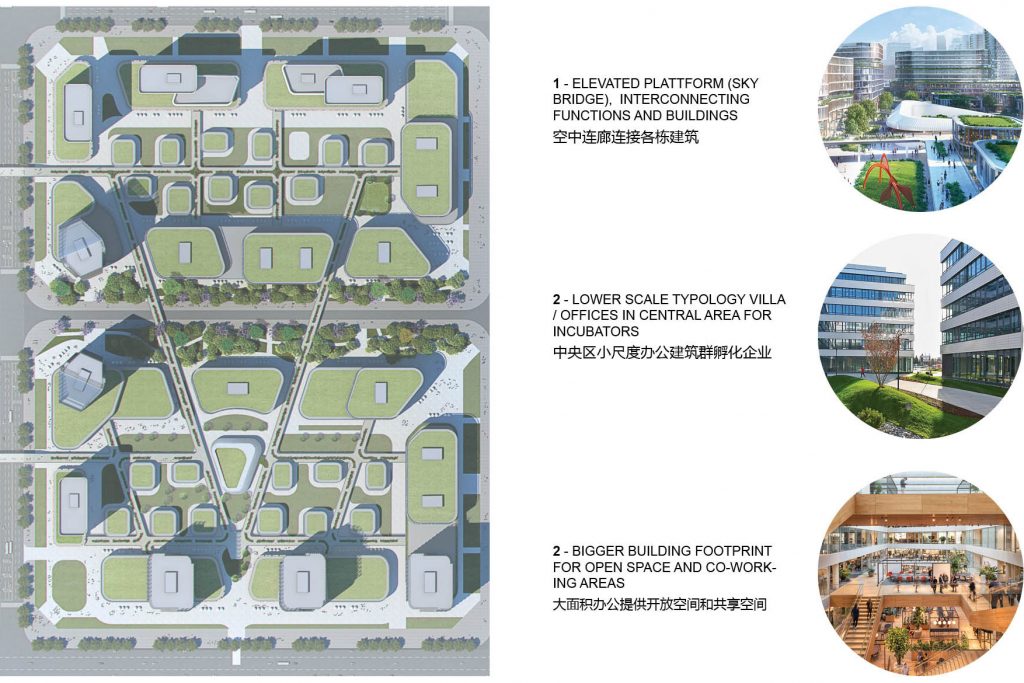 Compared with the rest of the development, this area is more private and it essentially works as a self-sustained campus for the researchers. 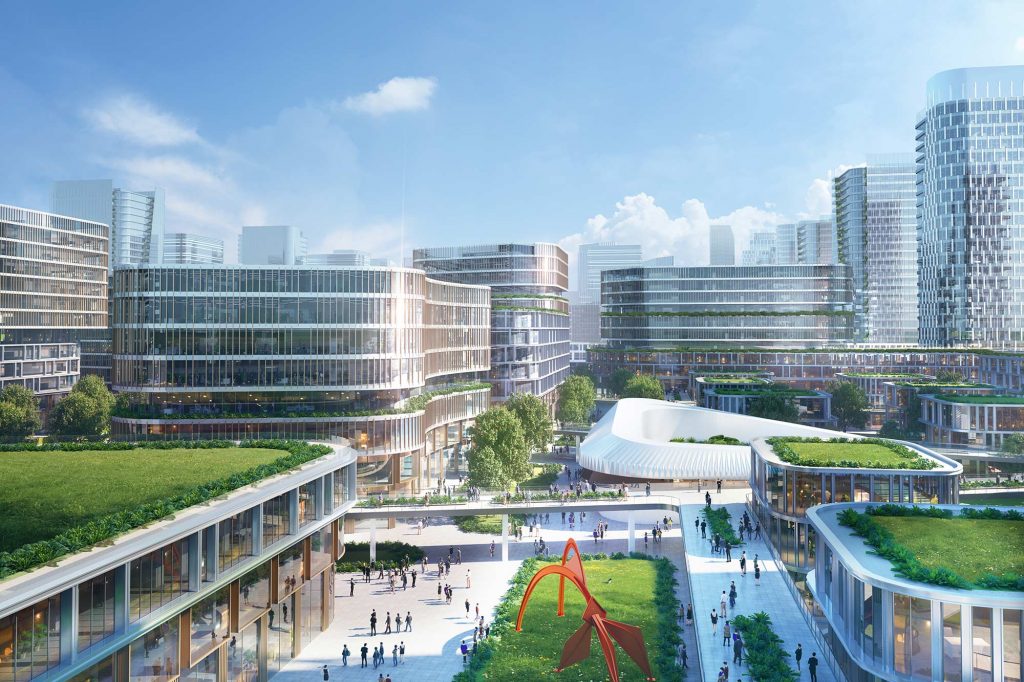 Planned as a pilot project meant to set the benchmark for future industrial development projects, Hongqi Industrial Park will help promote innovative industrial parks planning in the region and upgrade the area to match the development strategy of Guangdong, Hong Kong, Macao and Dawan District. 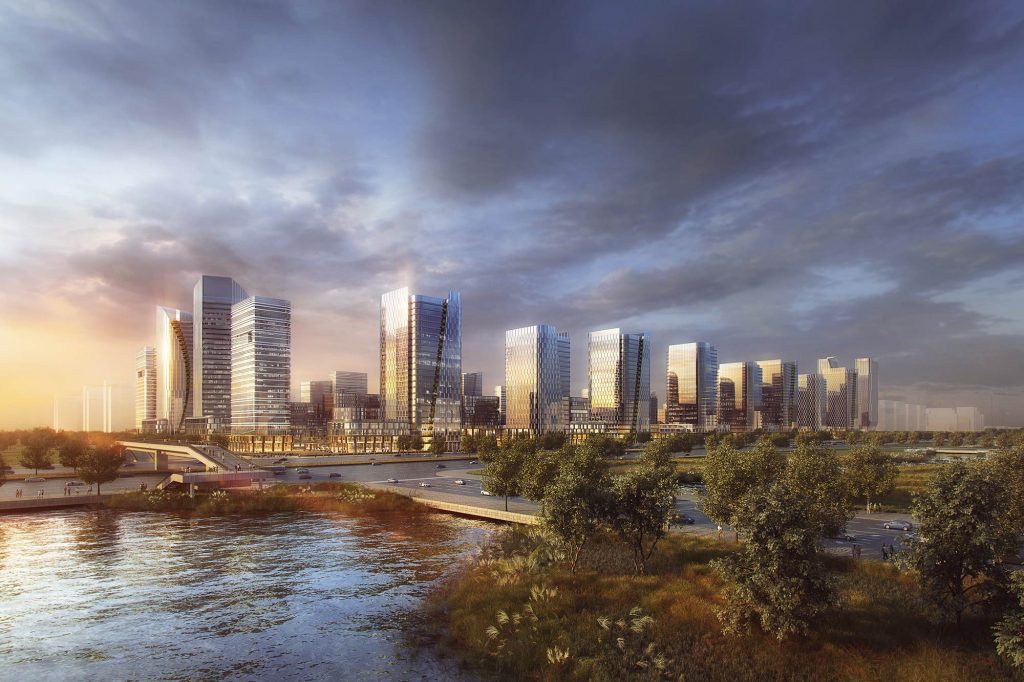