The fundamental design strategy for this project was to accommodate Qingdao’s identity into our site creating an iconic building that seamlessly fits into and completes the surrounding urban context. 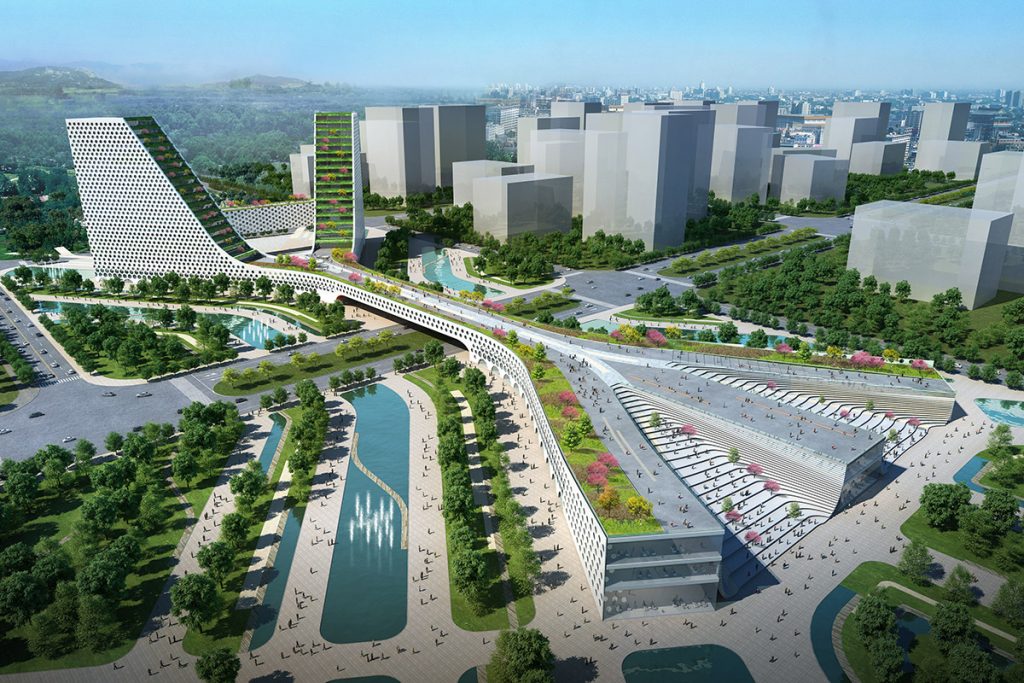 The process of finding the perfect relation between site and program derives in a constant search of twisting and changing, form follows function, function follows requirements. 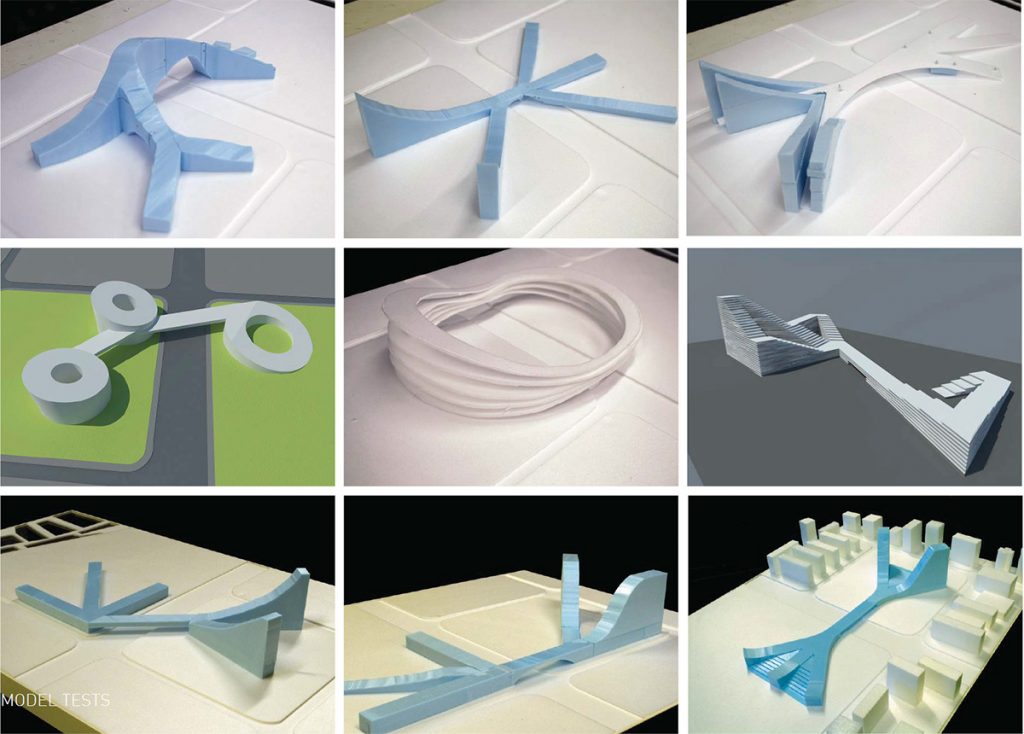 Until finally, by a rigorous practice of reshaping, we come to a character” almost like in the chinese language, where all the factors are represented in one elegant, iconic, and single gesture that unifies the two plots. 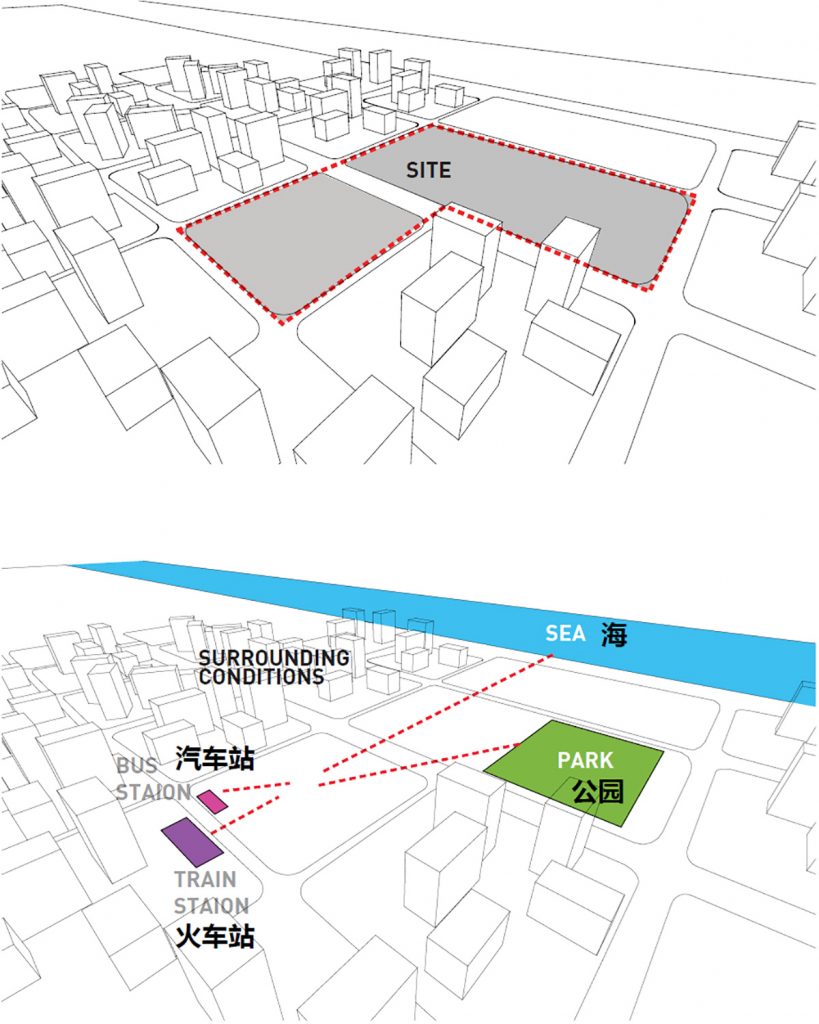 The two sites scope of the design are divided by a motorway. The link between them relies on a building that bridges the two areas and connects West side and East side. To the West, the program is mostly office and R&D Center while the East side, closer to the sea shore, has a public function with its green park and cultural and exhibition facilities. F&B and retail are instead concentrated in the bridge. 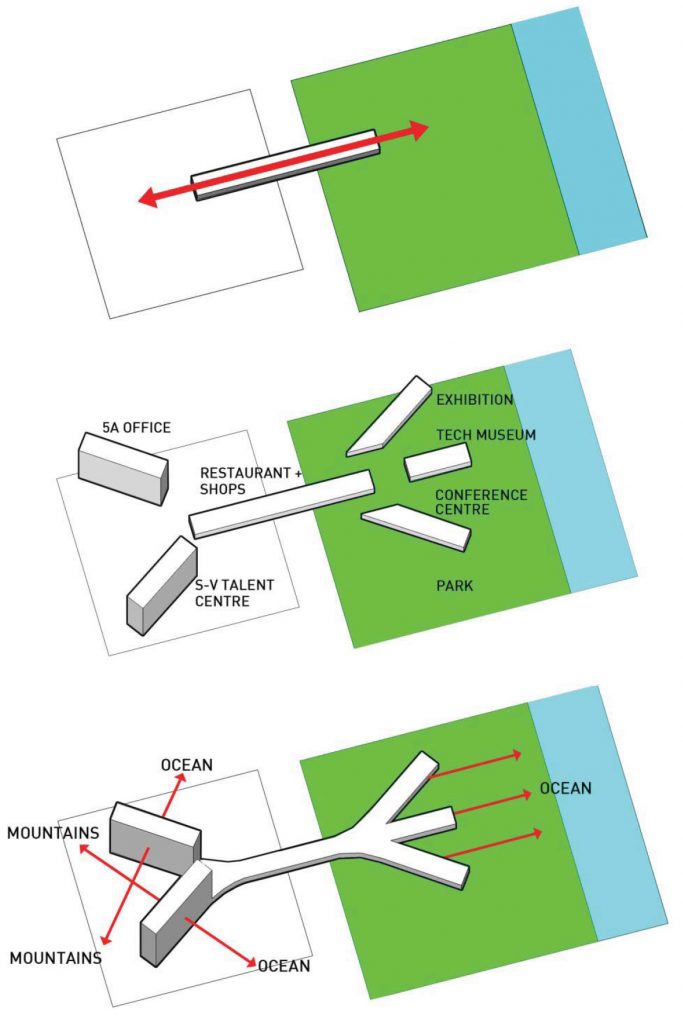 The orientation of the site and the views over the surrounding natural context, determines the shape of the building. The high rise office towers are located on the West side from where they can enjoy the views both towards the mountains and the ocean thanks to their terraced East side. 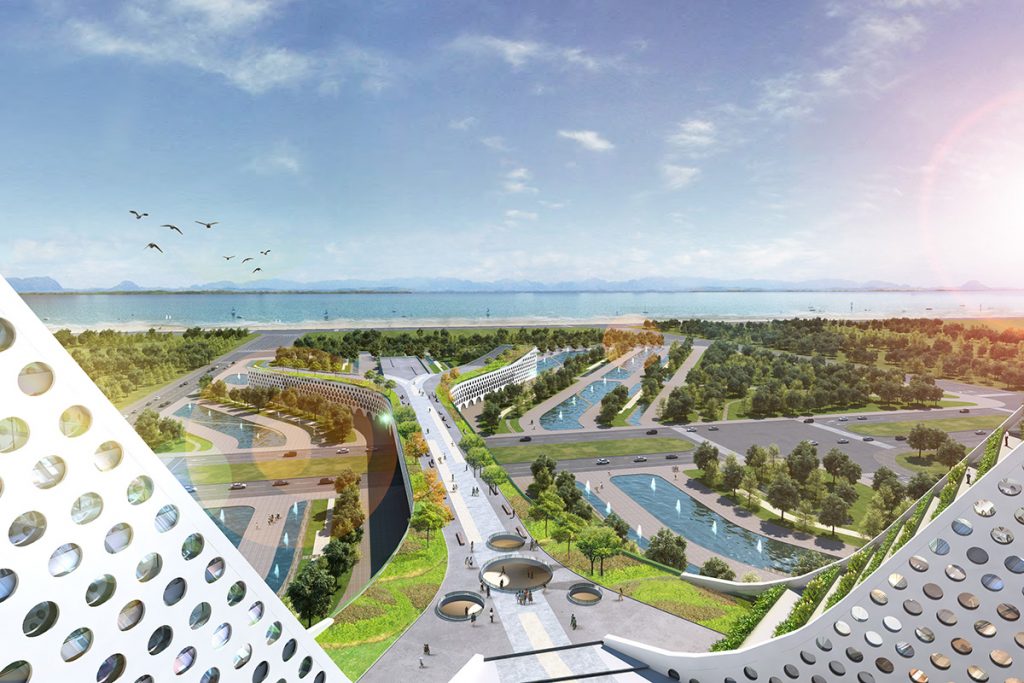 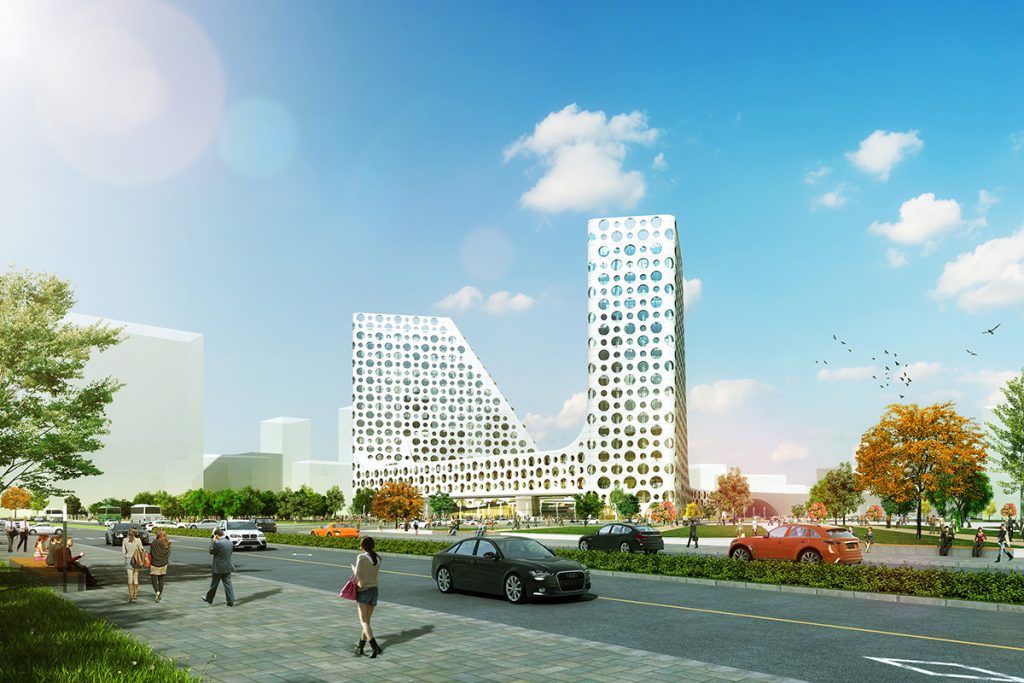 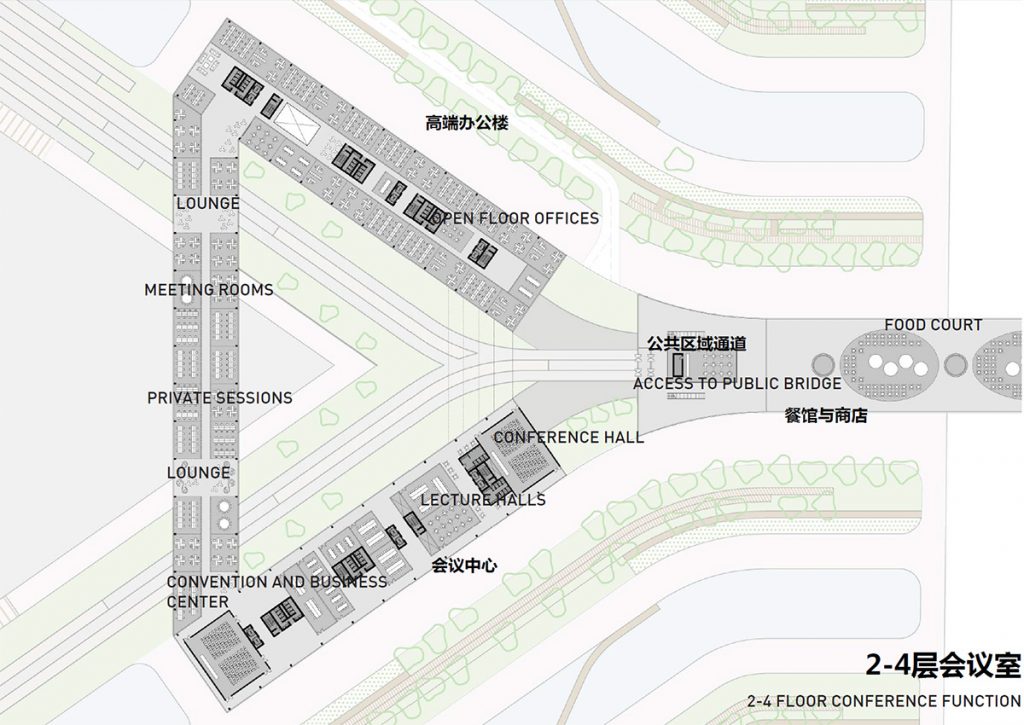 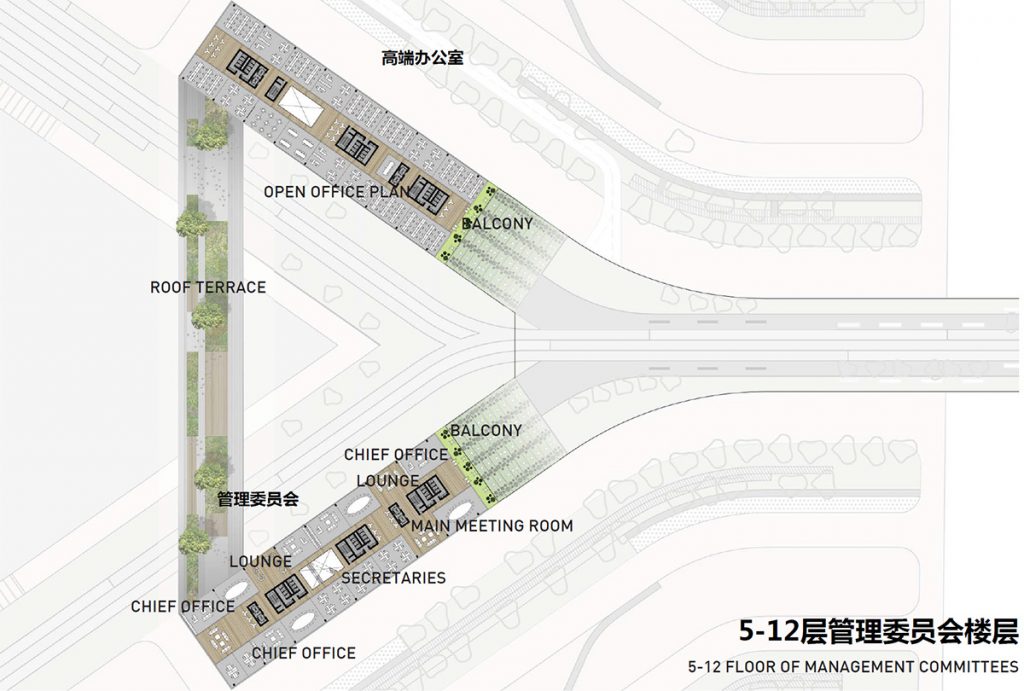 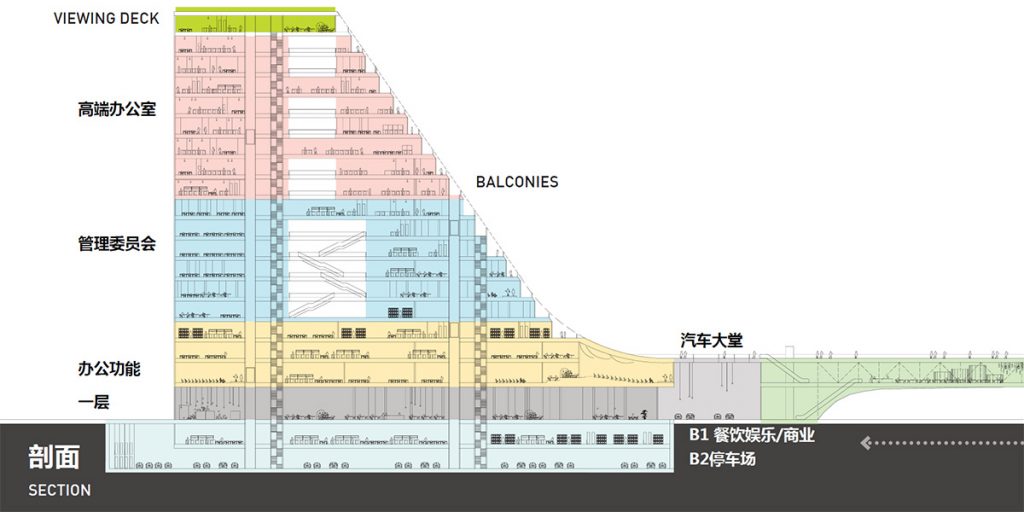 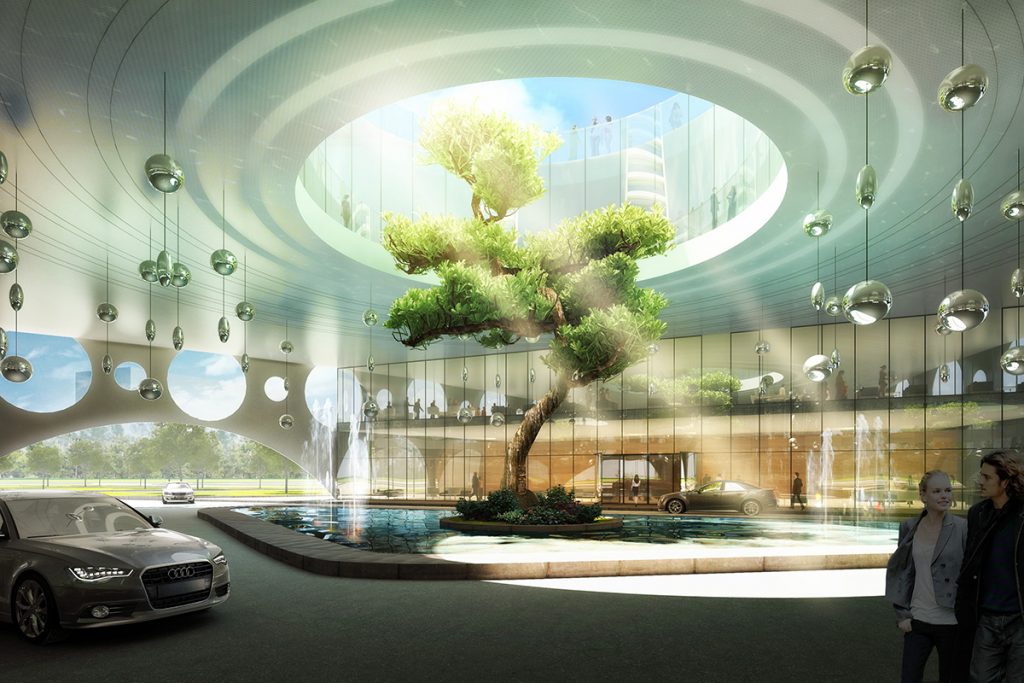