Since it was designated as a special economic zone in 1979, Shenzhen’s urban landscape has undergone tremendous changes. The rapid urbanization process has made Shenzhen one of the fastest growing cities in history. Shenzhen has changed from a mountain city to a metropolis full of modern “architectural boxes”.

Today, Shenzhen is undergoing its second development, and a wider area of land around the city will be developed. To this end, we propose the concept of “living in the mountains and forests” as the first step to soothe the hustle and bustle of the city and transform the urban landscape, thus echoing the natural city silhouette of Shenzhen. 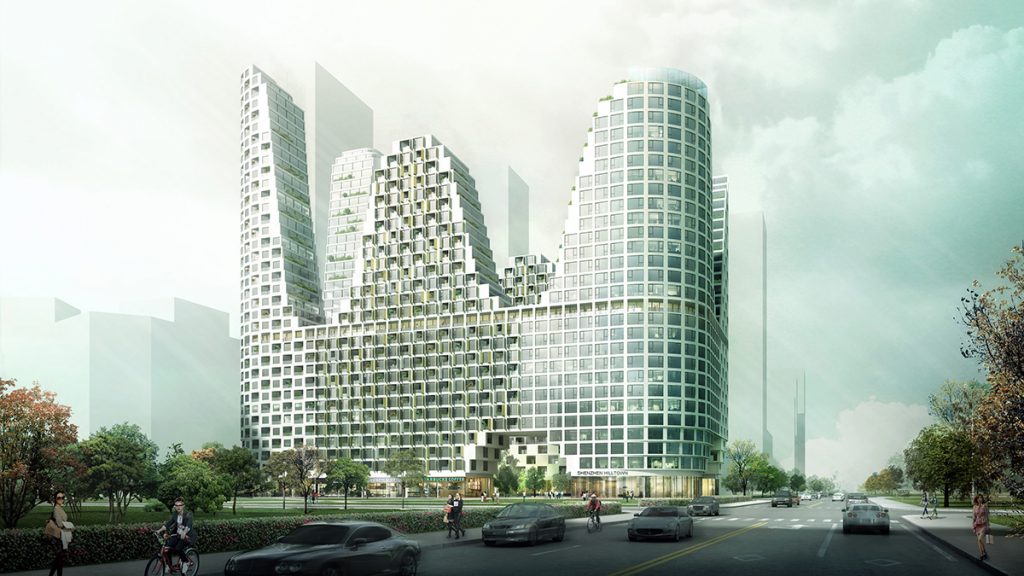 By maximizing the overall planning efficiency and adapting to the shape of the mountains, Shenzhen Hilltown has become a building that rises from the ground of the city, has unique living characteristics, and maximizes the use of outdoor terrace space. Each residential tower corresponds to one of the most famous Chinese mountains (Taishan Huashan, Hengshan, Hengshan and Songshan respectively, plus a man-made mountain of “average height” as a hotel). The tower group and the corresponding famous mountain moved the five major mountains of China to Shenzhen in an exact ratio of 1:15. 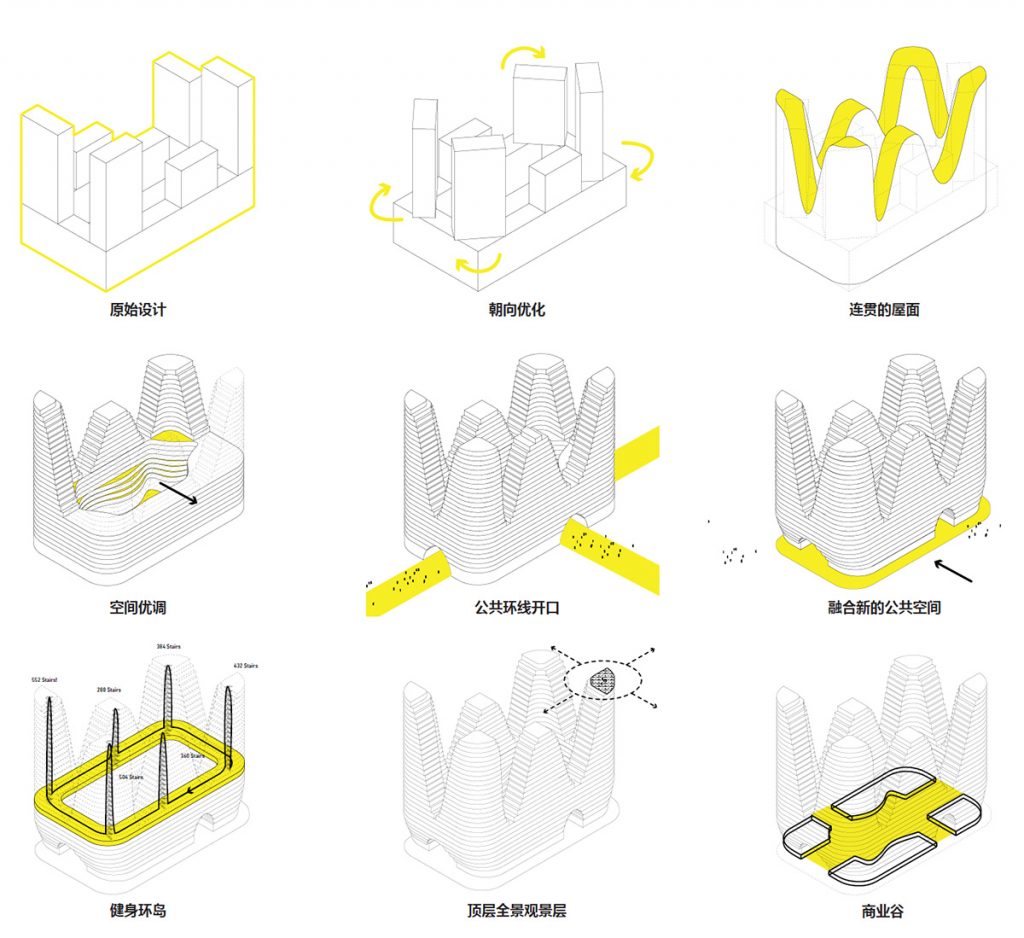 The courtyard of the Commercial Valley guides the flow of people through the ground floor landscape. The inner side of the buildings facing the courtyard is treated as an organic sequence of terraces that mimic the looks of a rocky mountain. 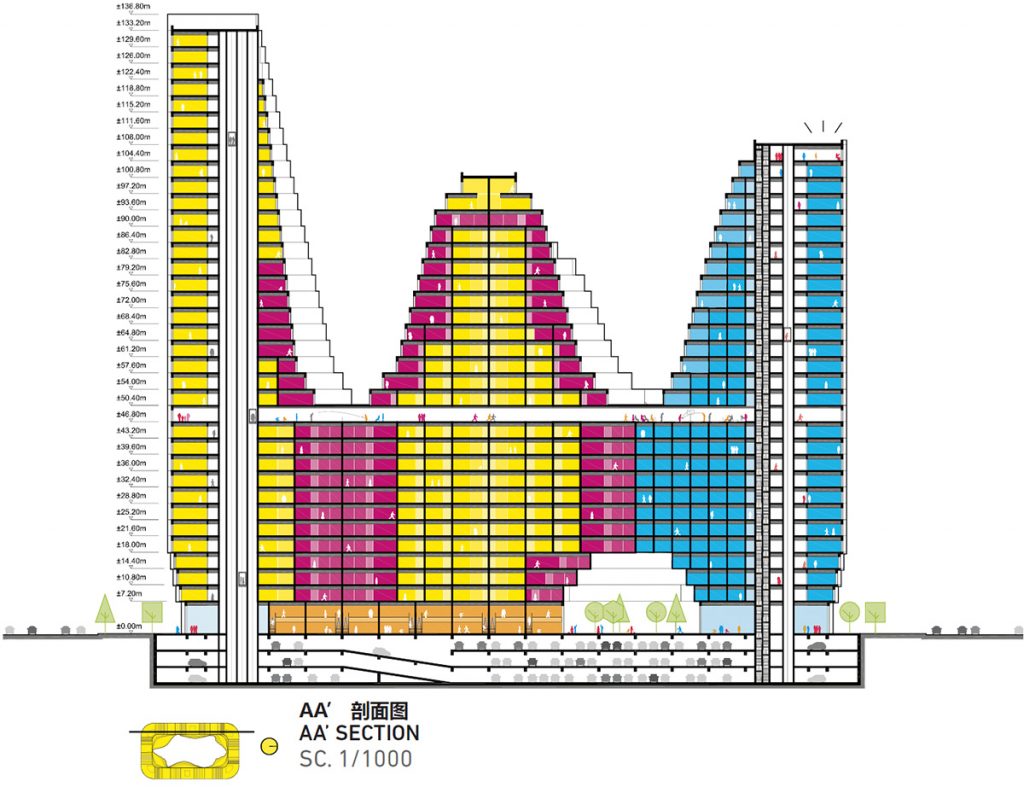 As an important facility serving the residents of Shenzhen Hilltown, the fitness platform on the middle floor is designed as a coherent circular floor connecting the stairs to the tower entrance. It has an Olympic stadium-sized track, swimming pool, and other sports facilities. This floor meets the fire protection requirements as a refuge floor, and can be used as a refuge floor or as an open space at ordinary times. Here, residents can socialize and interact, re-establishing the concept of community and compensating for the sense of alienation caused by traditional tower buildings.

The summit of the mountain climbing in the hotel section is an Observation deck with 360 panoramic views overlooking the entire area.