In 2012 MUDI was commissioned to redesign the facade for the Tianxi Twin Towers in Chengdu, the capital of Sichuan. At the time of the design the buildings were the tallest residential twin towers of the world (210m). The two towers stand tall, seemingly sovereign, but as we look closer, they have a vibrant relationship happening. Magnetically, the two wavy gowns attract one another. At night, this is amplified by LED lighting that reveals even more evidently the waves on the facade. 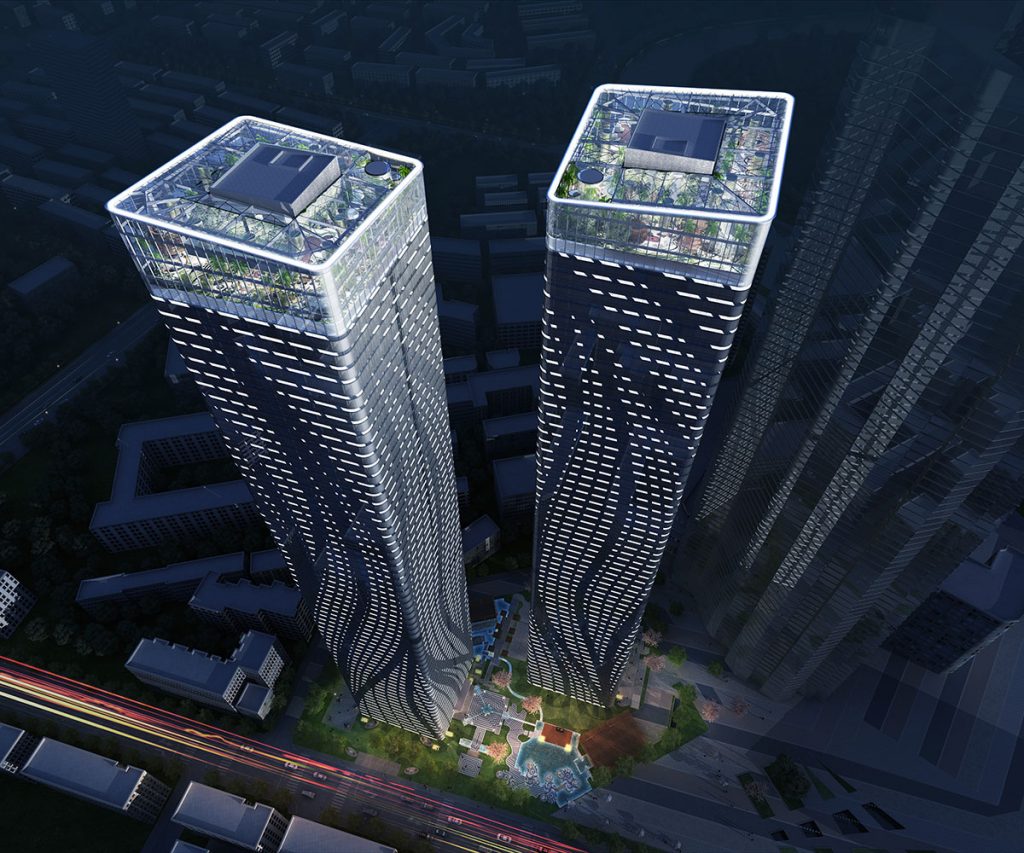 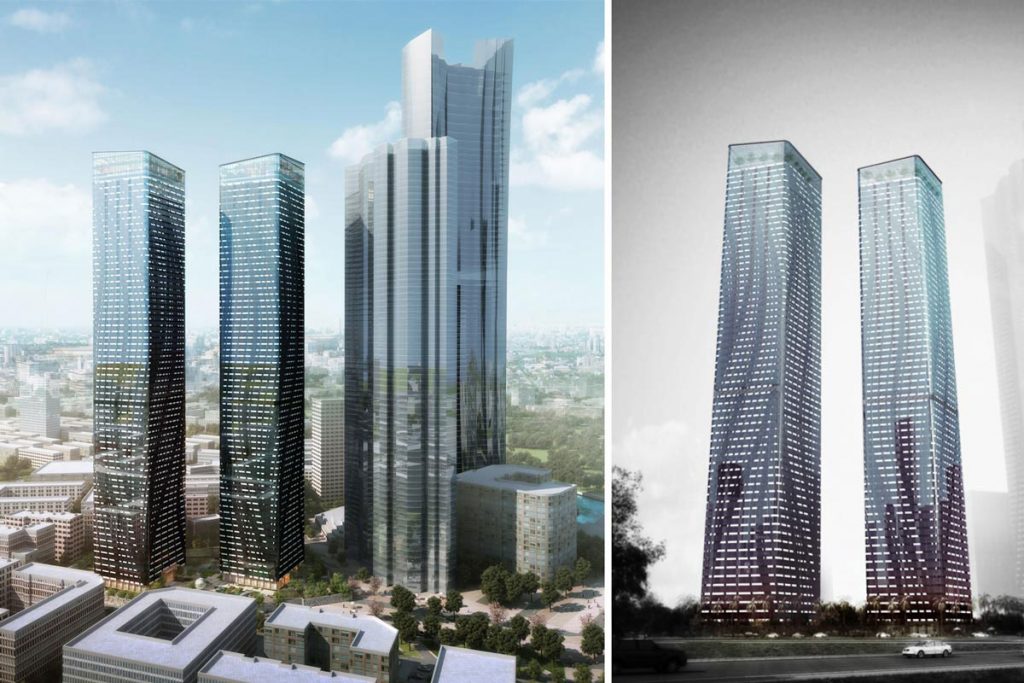 As part of the design, the communal spaces on the ground floor and the tower tops, as well as the complete façade strategy where revised. The glass façade is decorated with a high contrast pattern that wraps the towers like a fabric. This powerful design is executed as a modular, prefabricated system – an intelligent and cost effective way to combine expressive image and smart technical solution. The two towers are crowned by glowing lantern-like structures. These sit within the top end of the facade grids like an egg in a birds nest. Both crowns are formed by differently geometry which responds to each other shape and will look different from every angle. 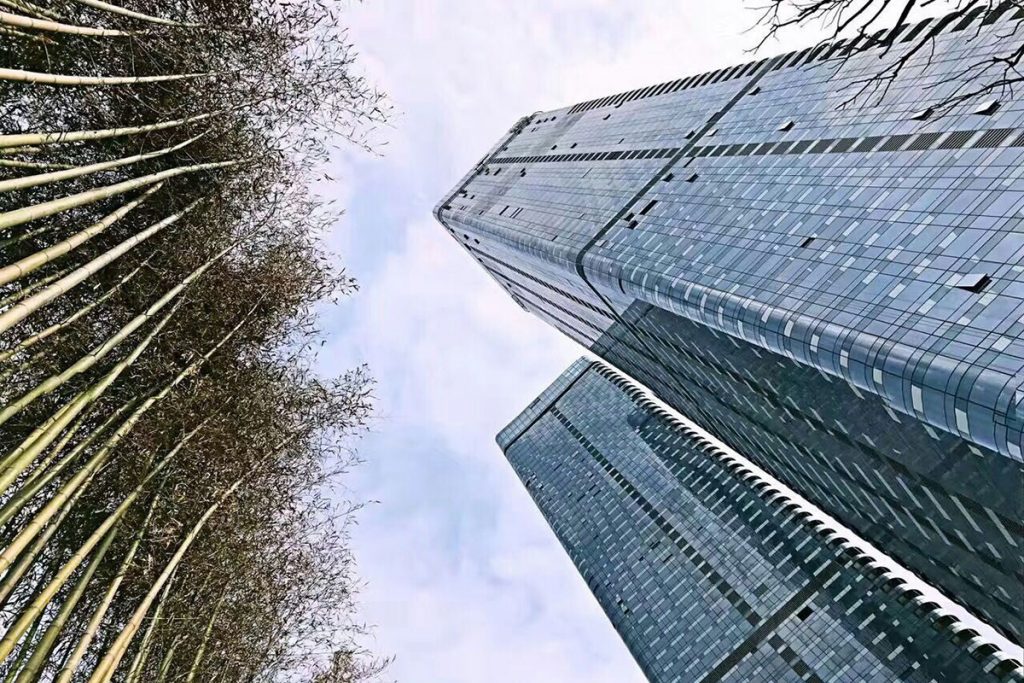 During the design process, our local developer client Menli partnered with the international brand Armani/Casa to strengthen the branding of the project. Armani is responsible for the interior design of the project, which is currently sold as high-end luxury apartments in the Chinese market. Apartment buildings with a fully glazed façade provide a very modern living concept. The views toward the surrounding urban area are stunning, especially in a densely built area like out site here. With the new rounded corner the two towers appear very sleek and elegant now. The very well integrated air condition units fade into the façade design and will not disrupt the building image. 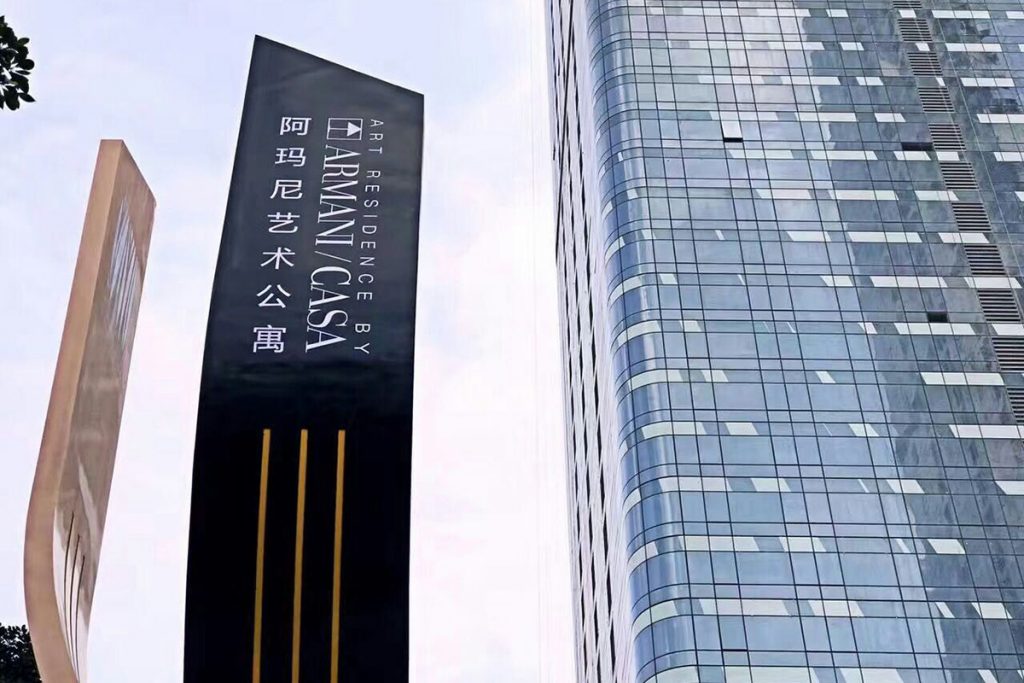 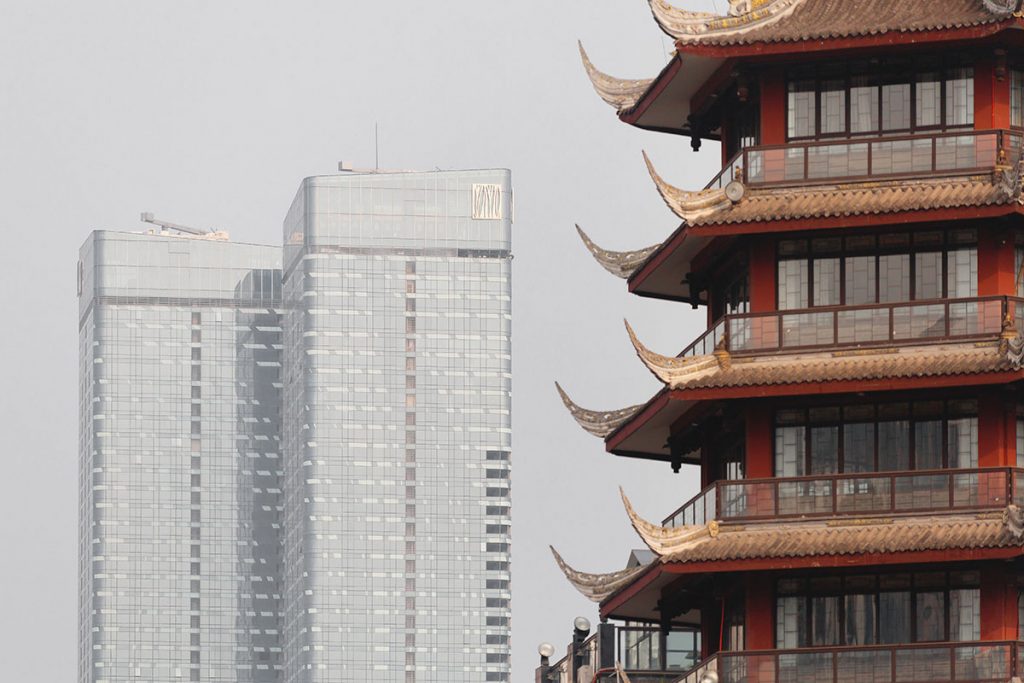 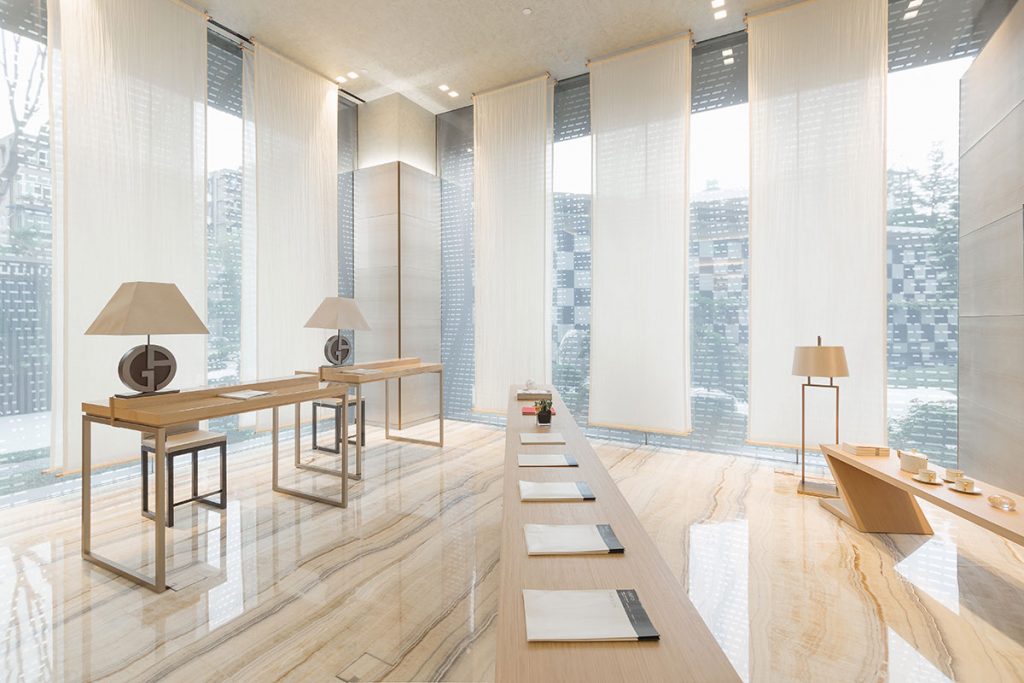