Symbol of light and strength, the Sun keeps driving the scientific achievements of mankind. For thousands of years we have been ruled by this unknown and powerful star. It’s the Greek god Helios, the Egyptian god Ra, and the Chinese Yan Emperor controlling the fire. The Sun is not only the topic source of this exhibition hall, but also life driver of the building. Because the ambient exposure of sunlight shapes the building, the sunlight is either reflecting on the surface, or is entering inside spaces. With its ideal location and altitude, Qinghai Province is currently developing and investing in solar energy with a massive support by the government. The Sun, the Light and the latest solar energy technologies are the key topics of the Exhibition Hall. 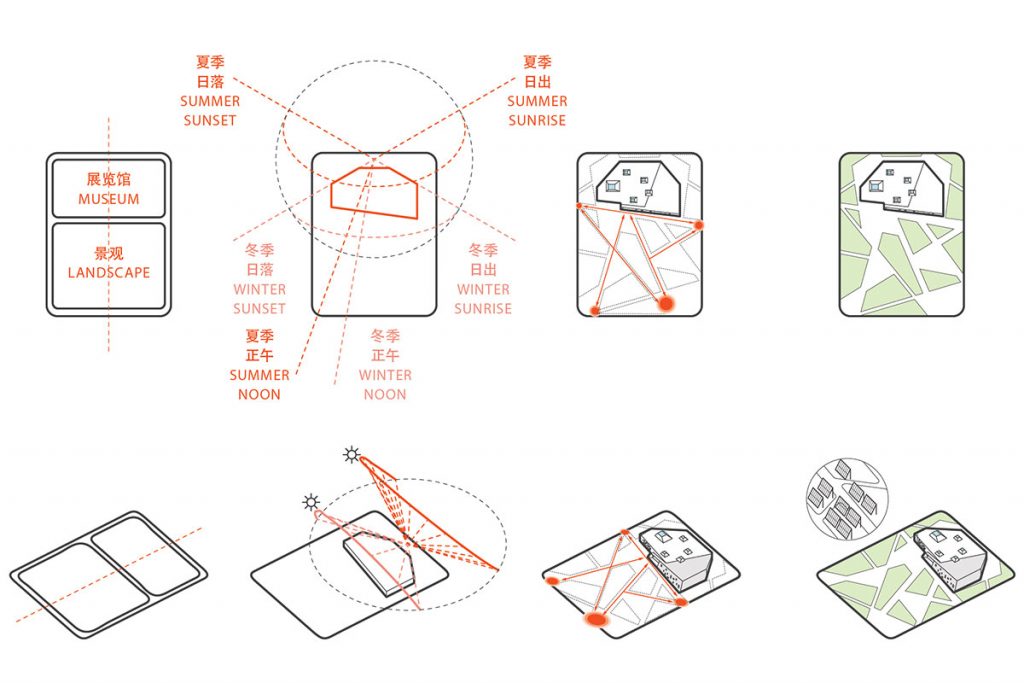 The building itself is shaped by the sunlight conditions throughout the year. By analyzing the local climate and the annual sun path of this region, we designed the building in order to maximize the solar exposure and minimize the energy waste and consumption. Therefore, the goal is to design the best solar-energy building performance according to the local extreme conditions of solar radiation and great differences in temperature during day and night, along with the analysis and field test of building’s heat situation in Hai Xi area. 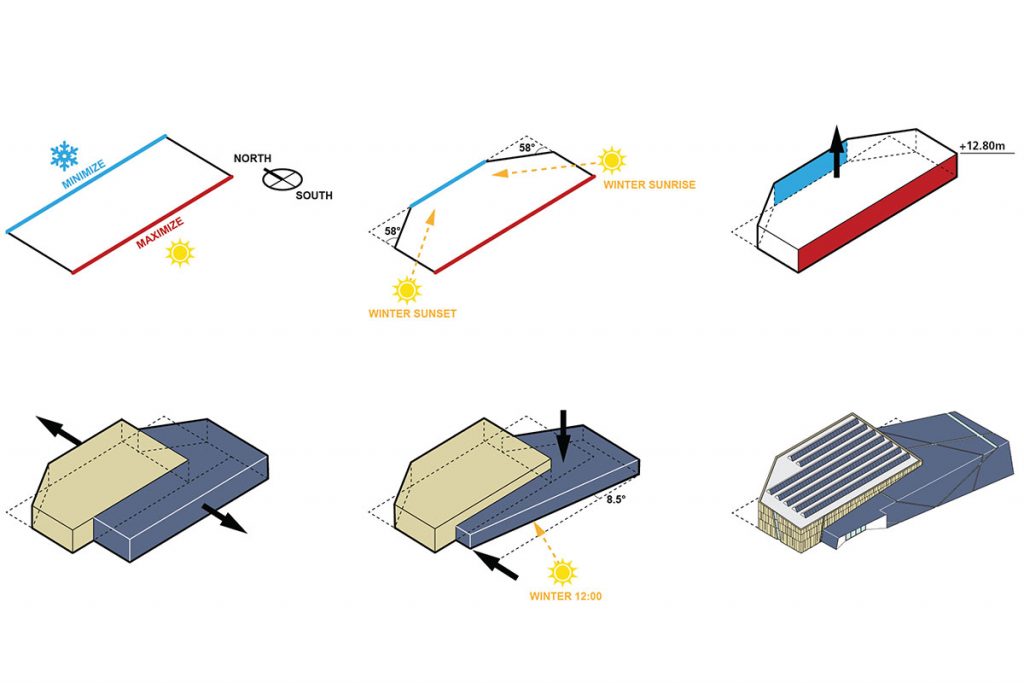 This Solar Museum is not just an exhibition hall, but also an Innovation Hub that drives the future Green Research and Development of Qinghai. This center of innovation and technology serves as a central point displaying the green economy and green services of Delingha City and advertise its true potential in terms of renewable energy. 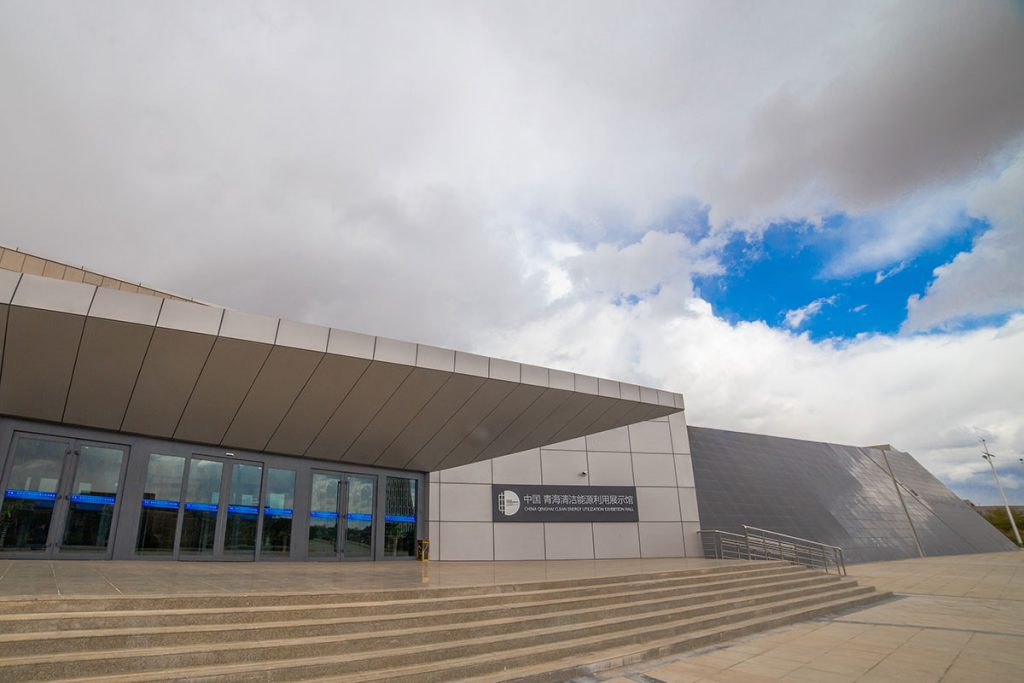 The park surrounding the building perfectly matches the theme and the look of the Solar Museum. The outdoor gardens are in fact intended as an extension of the indoor exhibition to tease the visitors’ curiosity before entering the building. At the same time the technological advancements installations displayed outside would become perfectly clear and easy to understand at the end of the visit turning the visitors into participants. 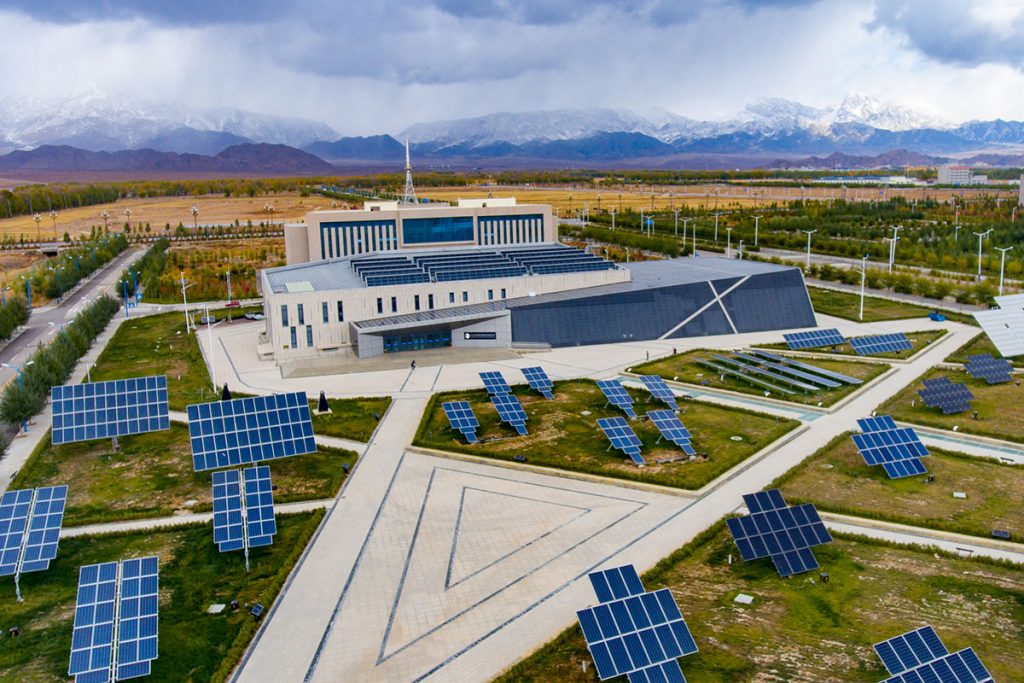 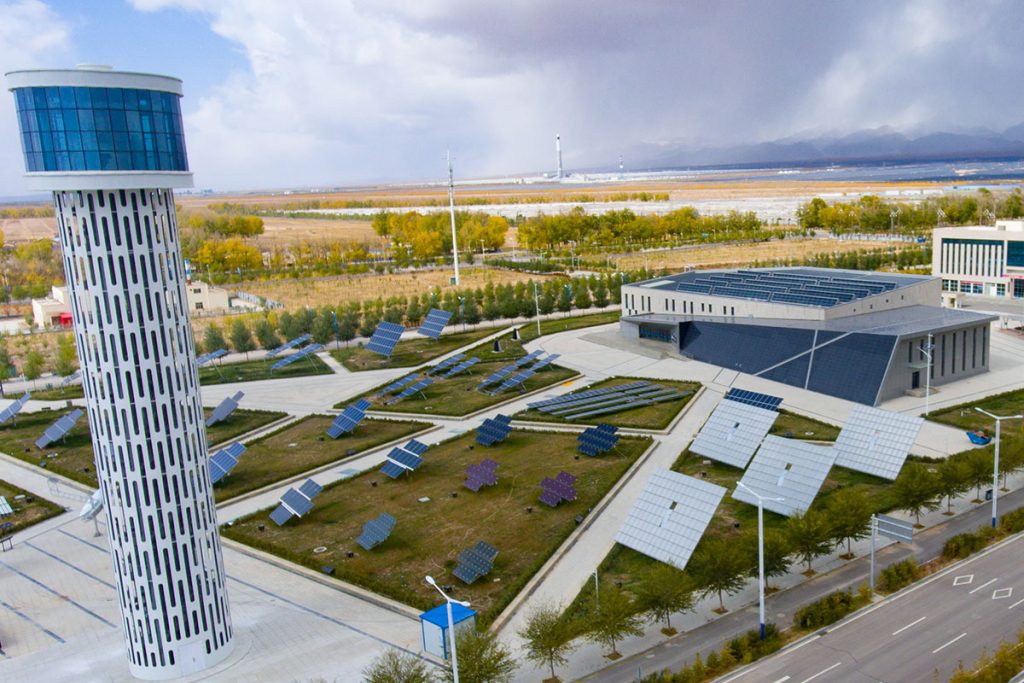 The intent of the exhibition is not only educational but it is also to catch the attention and participation of the International Community, recognizing Delingha as a green energy center. Thanks to a platform like the Solar Museum, Delingha City has now the skills and the capacity to show its dominant role in the field of solar energy innovations and investments on a worldwide stage. 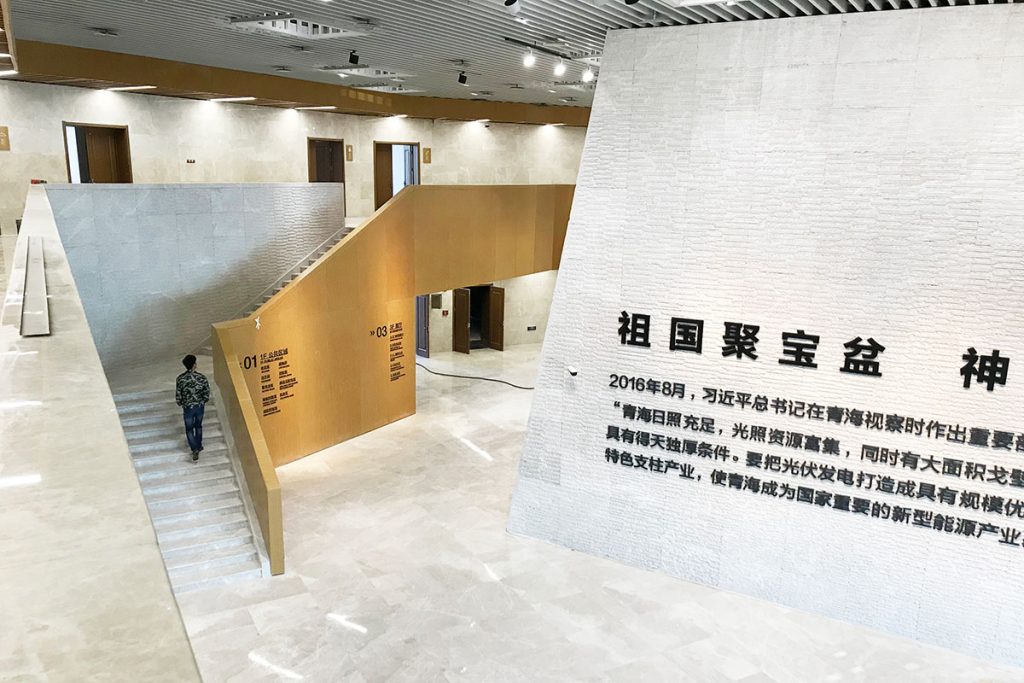 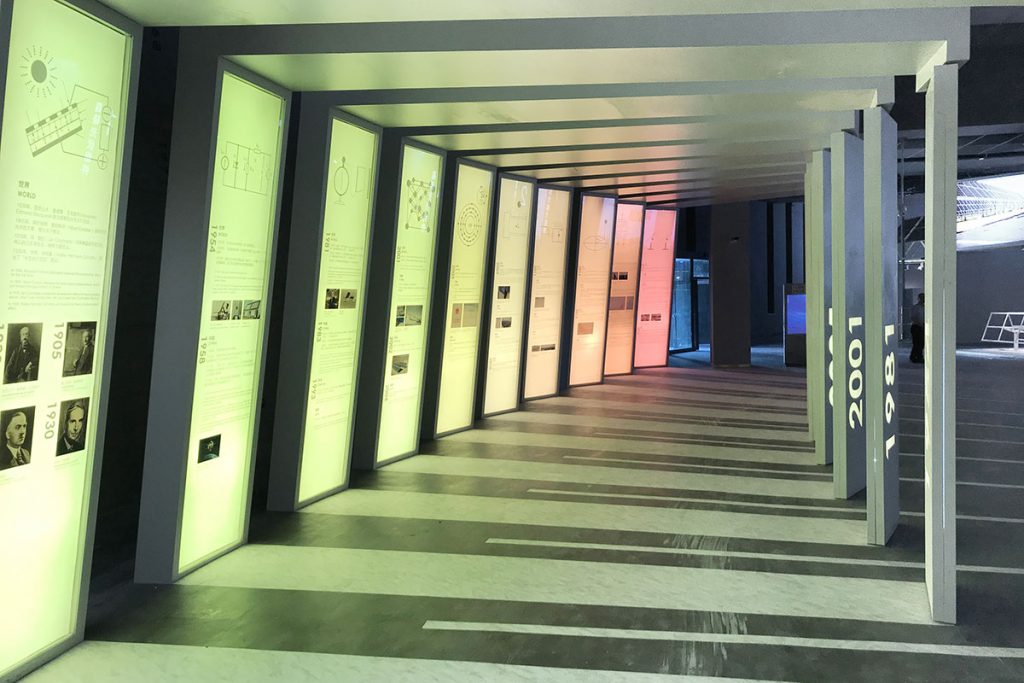 While fully using the policy advantage, Chinese create a huge market of Photovoltaic, and seize the technology plateau. China has leapt to the first place in the world, with 43.18 million kilowatts installed capacity of PV. Qinghai Province is at its best timing to accelerate the development of Photovoltaic, while it owns the best solar energy, the perfect location and altitude, with the fully supports from government and experienced scientific talents. 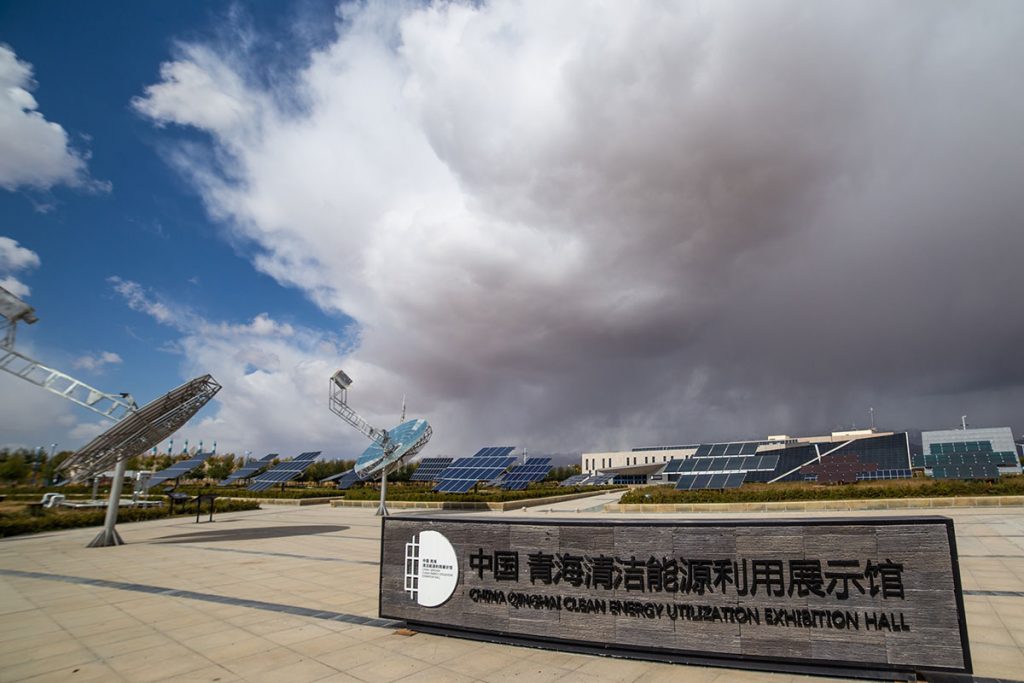